NBA Weekly: Who's Hot, Who's Not, Player Of The Week, & More 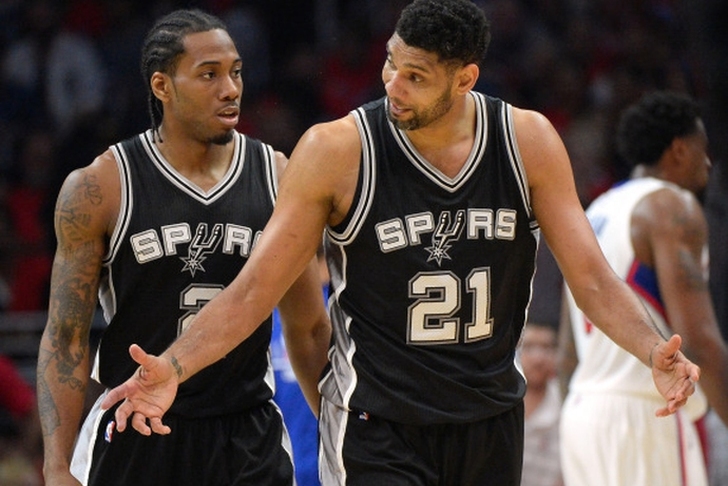 It was another crazy week of NBA action to wrap up 2015 and kick off 2016, headlined by a great slate of Christmas Day games. Here's a recap of all the latest trends and notable performances of the week:

Who's Hot: San Antonio Spurs
San Antonio may have suffered a disappointing loss to the Rockets on Christmas Day, but that's done nothing but send the Spurs on another hot streak. They've reeled off four straight wins since then, including a 121-103 beatdown over the Houston Rockets. The Spurs haven't lost at home this season and have won 28 straight games there overall. They probably won't catch the Warriors for first place in the Western Conference, but the Spurs are a real threat to unseat the defending champs in the playoffs.

Who's Not: Phoenix Suns
Head coach Jeff Hornacek appears to be on his way out as Phoenix has dropped into an absolute freefall, losing eight games in a row and 10 of their last 11 overall. Since the Suns were 7-5 on Nov. 20, they've gone 5-19. With point guard Eric Bledsoe expected to be out for the season, the Suns look like they'll only be competing for the No. 1 overall draft pick this season.

Player of the Week: Jimmy Butler
Butler has spearheaded Chicago's recent four-game winning streak, capped off by his magnificent 42-point performance against the Raptors. In that game, Butler scored 40 of his points in the second half - breaking Michael Jordan's franchise record. It's clear that the Bulls are no longer Derrick Rose's team, but rather Jimmy Butler's.

Plays of the Week: