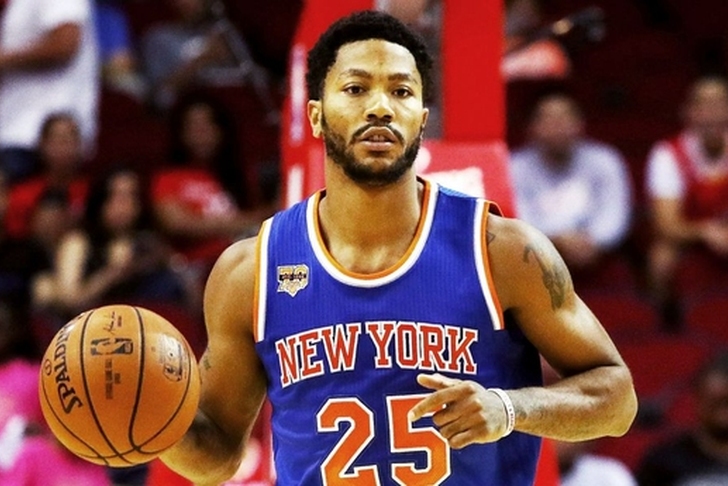 The NBA Trade Deadline is coming up on Feb. 23, and with All-Star weekend now here, rumors are flying about which players may be moved as teams try to improve their rosters or flip veterans for future assets. Check out the latest NBA trade news & rumors below.

Several teams targeting Derrick Rose
The New York Knicks haven't been shy about wanting to part ways with Carmelo Anthony, but another notable player may be dealt as well. According to ESPN's Ian Begley, several teams are interested in trading for Derrick Rose.

“I like being here but [you] never know what could happen,” Rose said Wednesday. “My job is to come in and play as hard as I can.”

Multiple teams view Rose as a potential trade target, according to league sources.

It would be surprising if the Knicks didn’t get calls about Rose as the deadline approaches. He has struggled on defense and hasn’t distributed the ball well, but he has shown that he’s again one of the best lane penetrators in the NBA.

Was told 76ers still very active on almost anyone not named Embiid or Simmons https://t.co/xrUkE4vHql

The Sixers have identified Embiid and Simmons as their two franchise players, and are looking to build the team around them. Embiid is averaging 20.2 points, 7.8 rebounds and 2.5 blocks despite playing just 25.4 minutes per game, but is currently out with a small meniscus tear. Simmons has yet to play this season after suffering a broken foot in training camp.

Anthony Davis "here to stay" with Pelicans
Davis certainly isn't on the trade market this year, but many are wondering about his long-term future with the franchise given their continued struggles. However, Davis said that the Pelicans don't have to worry about him wanting to leave.