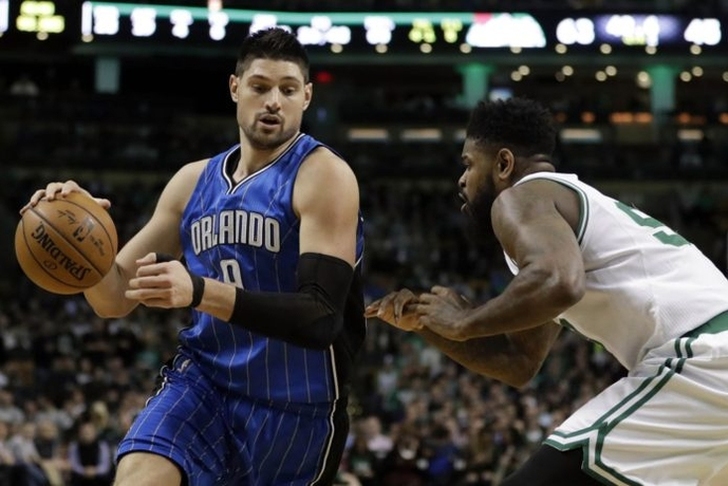 We are less than one month away from the NBA trade deadline, which comes on Feb. 23 at 3:00 pm ET. As such, rumors are running rampant around the league as teams are trying to improve their rosters - or unload veterans for future assets. Check out the latest NBA trade news & rumors below.

Celtics interested in Vucevic
The Boston Celtics haven't been able to make a trade for the superstar they've been searching for over the last year and a half, and they have now shifted their focus to improving their frontcourt. According to CSNNE.com, the Celtics have been in talks with the Orlando Magic about acquiring center Nikola Vucevic:

CSNNE.com has learned that the Celtics have talked with the Orlando Magic about a potential deal involving the 26-year-old center.

While no deal is imminent, the addition of Vucevic would be a significant boost to the Celtics roster on multiple fronts.Rebounding, defense and scoring are the Big Three areas the Celtics are looking to upgrade between now and the Feb. 23 trade deadline.

The addition of Vucevic would address at least two of those areas for the Celtics - scoring and rebounding.

Vucevic is averaging 13.8 points and 9.7 rebounds in 28 minutes per game this season.

Boston to be third team in Carmelo-to-Clippers deal?
The biggest superstar who is available is Carmelo Anthony, but Celtics president Danny Ainge has said the team is not interested in him. However, the New York Knicks are hoping Boston can be the third team that could facilitate a trade of Anthony to the Los Angeles Clippers, according to Gary Washburn of the Boston Globe:

The Knicks haven’t given up hope on including the Celtics as a partner in a potential deal for Carmelo Anthony, sending a scout to Saturday’s Celtics-Bucks game.

While Celtics management told the Knicks they aren’t interested in the nine-time All-Star, the Knicks are pushing to move Anthony, according to an NBA source, and they’re intrigued by some of the Celtics’ players.

A source indicated that Knicks president Phil Jackson has instructed management to move Anthony, who has a no-trade clause but included the Celtics as one of the teams for whom he’d waive the clause. Boston could become part of a potential three-team deal that would send Anthony to another club, perhaps the Clippers.

Boston has a plethora of assets, but are more focused on acquiring Vucevic than being the third team in this deal.

Cavs targeting Mack
The Cleveland Cavaliers are searching the trade market for a backup point guard, and they appear to be targeting Shelvin Mack of the Utah Jazz, according to ESPN's Marc Stein:

The simpler option for the reigning champions, as opposed to a Melo-sized blockbuster deal, might prove to be a smaller swap in which the Cavaliers absorb the salary of a veteran point guard into their $4.4 million Anderson Varejao trade exception that expires Feb. 20. Sources say one vet known to interest the Cavs -- one who possesses a salary that would fit into that exception -- is Utah's Shelvin Mack at $2.4 million. Mack, according to sources, is most definitely available. The Cavs, though, would be forced to use the $4.8 million trade exception they just created in the Kyle Korver deal (with an expiration date of Jan. 7, 2018) to absorb the salary of Denver's Jameer Nelson, who is said to be another Cleveland target but makes $4.5 million this season.