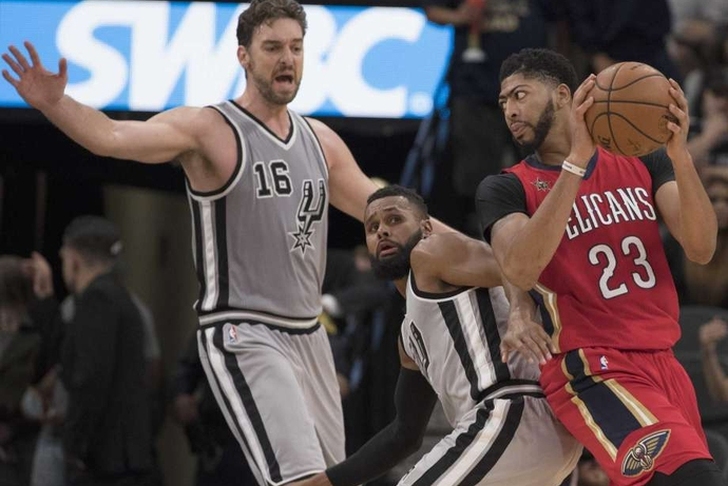 With NBA Free Agency now pretty much over as virtually all of the big names that were on the market have signed new deals, and as such, the trade market is starting to heat up. The uncertain future of Carmelo Anthony remains a major storyline, and the Boston Celtics are still trying to add another superstar to their roster. Teams are also already planning around a loaded free agency class in 2018. Here are all the latest NBA rumors you need to know:

Celtics targeting Anthony Davis in possible trade
The New Orleans Pelicans have no plans to trade Anthony Davis anytime soon as they try to become a contender with him and DeMarcus Cousins. However, if they struggle this year, Boston plans to make a really hard run to try and acquire him in a trade, according to Chris Mannix of The Vertical:

"In addition, rival executives expect Boston to be keeping close tabs on New Orleans, which is entering a critical season. The Pelicans are committed to seeing if an Anthony Davis-DeMarcus Cousins frontcourt can work, but if the season goes awry, it's widely believed the Celtics will make a strong run at Davis, who is under contract through 2020."

Cousins is entering the final year of his contract and there is plenty of uncertainty about his future. He has expressed interest in playing with college teammate John Wall and several other teams - namely the Los Angeles Lakers - plan to make a run at him in free agency.

If the Pelicans struggle, Cousins will be more apt to leave in 2018. Should that happen, it's certainly not out of the realm of possibility for New Orleans to explore what they could get for Davis in a rebuild.

Spurs working to re-sign Pau Gasol
The San Antonio Spurs are finalizing a deal to re-sign Manu Ginobili for next season, and they're also working on a new contract with forward Paul Gasol, according to ESPN's Adrian Wojnarowski.

Gasol had opted out of his contract in order to give the team more cap flexibility at the start of free agency but never seriously entertained leaving. He averaged 12.8 points and 7.8 rebounds per game last season.

Carmelo Anthony won't waive no-trade clause for Blazers
Carmelo Anthony still expects to be traded to the Houston Rockets before the start of the season, but the Portland Trail Blazers are trying to get in on the trade talks. Anthony has told the New York Knicks that he would waive his no-trade clause for either the Rockets or the Cleveland Cavaliers, but Wojnarowski reports he won't do the same for Portland.

"Portland's players are reaching out to Melo," Wojnarowski said on ESPN's The Jump. "Portland would love to get involved in this and become a team that Melo would consider. ... They would like for Carmelo to waive his no-trade and go to Portland, but right now, that's not something Melo's considering."

The Blazers believe that a trio of Damian Lillard, C.J. McCollum and Carmelo is one that can compete for a championship, even in the loaded Western Conference, but Anthony doesn't think so.

New York is now talking to Anthony about staying with the franchise for the upcoming season, which is an idea he is not on board with. He wants to leave, whether through a trade or a buyout, to join the Rockets.