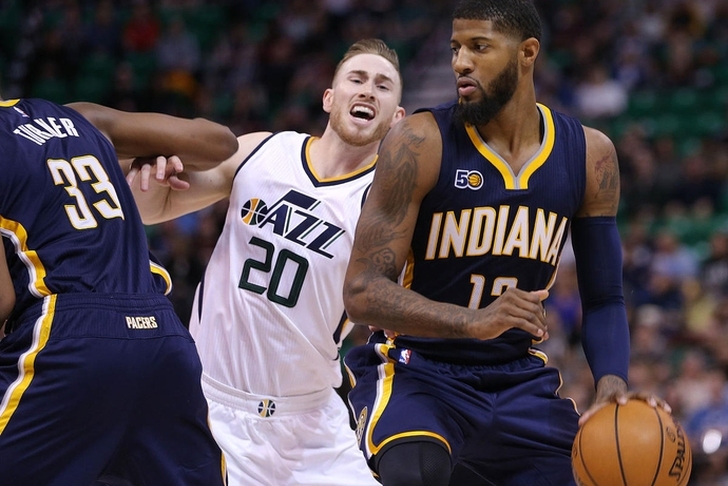 The first blockbuster trade of the offseason happened during last night's NBA Draft, when the Minnesota Timberwolves acquired All-Star Jimmy Butler from the Chicago Bulls, but that could be just the tip of the iceberg. Paul George and Kristaps Porzingis are still being mentioned in rumors, and we have the latest on both of them. Here's everything you need to know:

Celtics still discussing trade for Paul George
The Boston Celtics were in talks to acquire George during the draft, but talks ultimately stalled before a deal could be reached. However, the two sides are still discussing a trade that could come to fruition - but only if the Celtics sign Gordon Hayward in free agency, according to Adam Kaufman of CBS Radio, via RealGM.

The Boston Celtics and Indiana Pacers continue to discuss a Paul George trade but it is reportedly contingent on signing Gordon Hayward in free agency.

According to sources, the Celtics are in position to trade for George with a three-year extension in place. George would lose money, however, on an extend-and-trade as opposed to the raises he could receive simply becoming a free agent in 2018.

George has long preferred to sign with the Los Angeles Lakers in 2018, but it is possible the Celtics could make a trade for him with a commitment in the long-term.

George has expressed interest in playing with Hayward, who is from Indiana. George averaged 23.7 points, 6.6 rebounds and 3.3 assists this past season.

Obviously things can change quickly, but Layden said wolves were excited about Rubio's 2nd half. "He's going to have a great career here."

The Timberwolves had been shopping Rubio after drafting Dunn with the No. 5 pick in the 2016 draft, but with Dunn no longer on the roster, they plan to keep Rubio. He averaged 11.1 points, 9.1 assists and 4.1 rebounds per game last season.

Follow our NBA page for all the latest NBA trade rumors!