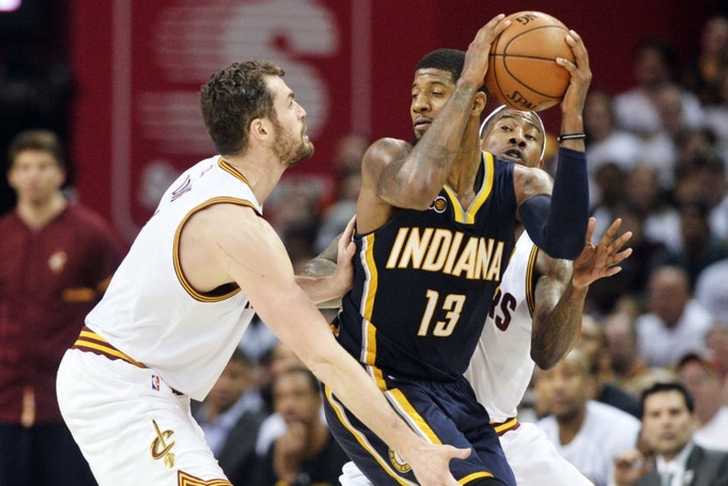 The Cleveland Cavaliers aren't done trying to land Paul George. The Cavs have discussed a blockbuster three-team trade for George that involves the Indiana Pacers and Denver Nuggets.

League sources: Cavs, Pacers and Nuggets have discussed a three-way deal that would land Paul George in Cleveland and Kevin Love in Denver

Denver has the young assets and picks that appeal to the Pacers. The Cavs have had issues dealing Love for another star, because rebuilding teams don't want an older player.

Chris Haynes also reports that a version of the trade would have Kenneth Faried going to the Cavs. The other pieces involved are not yet clear. Joe Vardon of Cleveland.com reports it was a draft-night trade discussion and there is nothing serious right now. Stein reports the Cavs won't abandon their pursuit of George.

Follow our NBA page for all the latest NBA Trade Rumors or download the Chat Sports App!