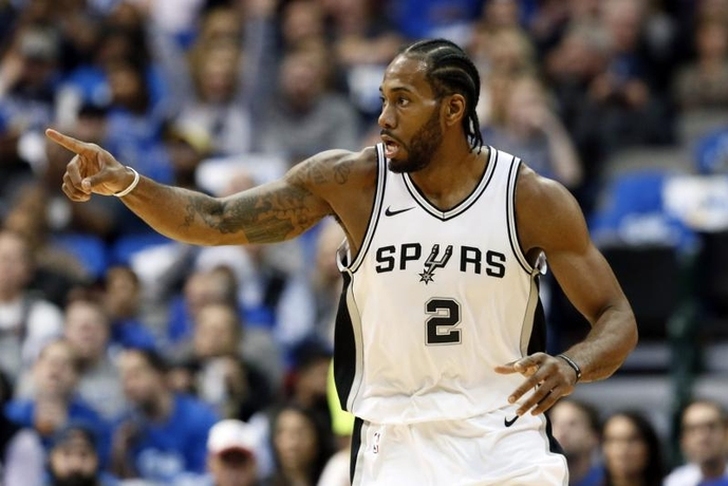 The NBA season is coming to an end with a week remaining until the playoffs, making each game more and more meaningful given the competitive races for seeding in both the Eastern and Western Conferences. However, there's also plenty going on off the court as teams also gear up for the offseason. Here are all the latest NBA news & rumors you need to know:

Spurs to receive trade offers for Kawhi Leonard this offseason
Due to the ongoing drama between Kawhi Leonard and the San Antonio Spurs, ESPN's Brian Windhorst reported on "Outside The Lines" that several teams plan to pursue a trade for him this offseason.

What on earth is going on with Kawhi Leonard?
"That's a simple question with a complicated answer." - @WindhorstESPN pic.twitter.com/DwjLcG5lka

76ers have three top draft targets
The Philadelphia 76ers will be in the playoffs yet could still have the No. 1 overall pick for the third consecutive year. How? Philly owns the Lakers' first-round pick if LA wins the lottery or if it falls between picks Nos. 6-30.

As such, the 76ers have three top prospects atop their draft board, according to Chris Sheridan of NJ.com.

A guy might look like a sure thing top three pick, but if he bombs in his face-to-face interview or his closed-door workout, his stock will fall.

That being said, the Sixers -- who took Markelle Fultz (above) with the top pick last year -- appear to have three players at the top of the draft board: Luka Doncic, Deandre Ayton and Marvin Bagley III.

Ayton, Doncic, and Bagley are projected to be the top three picks in the draft, yet there's still a chance Philadelphia lands one of them if they don't get the top pick if they trade up. They will have two first-round picks (assuming they get the Lakers pick) and four second-round picks in this year's draft.