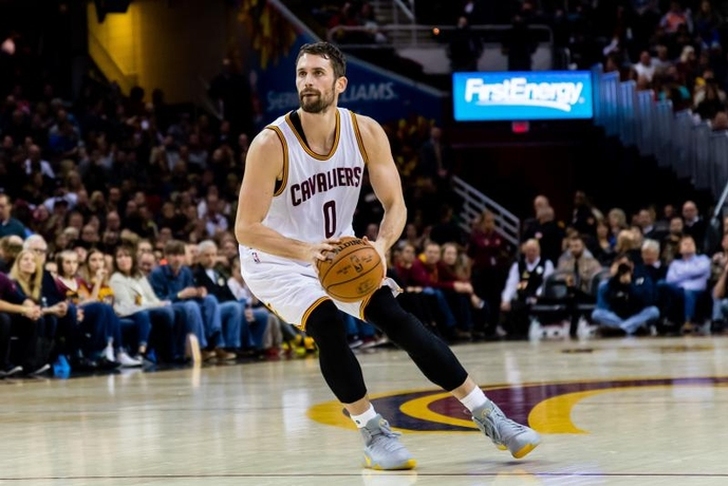 The new NBA season is fast approaching with training camps opening in less than two weeks. Teams around the league are working to finalize their rosters by signing free agents, while others could be exploring the trade market. Here is all the latest news and rumors you need to know in today's NBA Rumors Roundup:

Cavs not considering trading Kevin Love
Kevin Love's name has been mentioned in countless trade rumors during his time with the Cleveland Cavaliers, but after dealing Kyrie Irving, they have no plans to get rid of him. In fact, head coach Tyronn Lue told ESPN's Zach Lowe that he expects Love to have a career year.

"Kevin is going to have the best year that he's had here," Lue said. "I thought he was great anyway. You keep bringing up Bosh. What did Bosh average in Miami? Kevin averaged almost 20 [points] and 10 [rebounds] with two other All-Stars. If you are on a championship-caliber team, you have to sacrifice. But this year is going to be a big opportunity for him. We're going to play through him more. He's going to get those elbow touches again."

Love averaged 19.0 points and 11.1 rebounds per game last season, his highest averages in his three seasons in Cleveland.

Spurs, Celtics among teams interested in Andrew Bogut
Bogut, currently a free agent after spending last season with the Dallas Mavericks and Cavs, is fully recovered from a fractured tibia he suffered on March 6 and expects to sign with a team next week.

The Celtics, Spurs, Bucks and Jazz have all expressed interest in Bogut, according to the Daily Telegraph. All four teams have other Australian players on the roster.

Bogut wants to sign with a contender, making Boston and San Antonio his most likely destinations. However, he spent the first seven years of his career with Milwaukee, and he would provide them with much-needed rim protection.

Bogut is expected to sign a one-year minimum deal for $2.32 million. He averaged 2.9 points and 8.1 rebounds in 22.4 minutes per game last season.

New York has been trying to surround first-round pick Frank Ntilikina with veteran mentors, which Jack and Ramon Sessions are expected to provide.

Jack only played in two games last season for the New Orleans Pelicans, averaging 3.0 points and 2.5 assists per game.