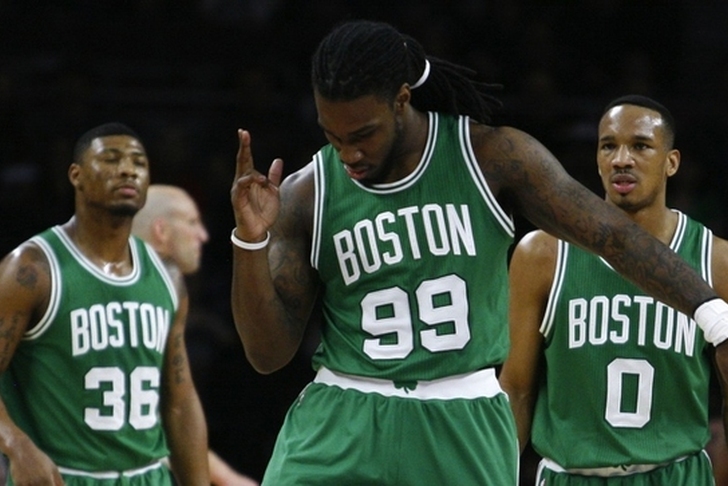 NBA Free Agency is in full swing, with several notable free agents still unsigned. That likely won't be the case for much longer and the trade rumors are also starting to pick up with most of the big names off the market. Here are all the latest NBA rumors and news you need to know:

Celtics Shopping Three Players
The Boston Celtics landed Gordon Hayward, but now must find a way to clear the needed cap space. The Celtics already rescinded the rights to Kelly Olynyk, but a trade is still needed. Ramona Shelburne and Adrian Wojnarowski of ESPN reports the Celtics are shopping three players: Avery Bradley, Marcus Smart and Jae Crowder. The Celtics have talked trade parameters with at least six teams on Wednesday, looking to get to deal one of those two.

When the NBA Salary Cap came in at $99 million, lower than the expected, it meant the Celtics couldn't trade someone like Terry Rozier to make room for Hayward. Now, the Celtics must deal one of those three players.

Trading Crowder might make the most sense, since the Celtics have Hayward, Jayson Tatum and Jaylen Brown. He's under contract for the next three years and might not get the most in return.

Smart and Bradley, two gifted defenders, are also up for new contracts after next year. Smart is the cheapest of that group. Meanwhile, the Jazz are also open to a sign-and-trade, although the Celtics might be better off just trading one of the three players they're shopping.

What's Next For The Heat?
The Heat missed out on Gordon Hayward and then quickly re-signed Dion Waiters to a four-year, $52 million deal. The Heat aren't done making moves yet either.

"Mark Bartelstein, agent for James Johnson, said there’s no deal in place yet for Johnson with Miami but will talk to Pat Riley on Wednesday night," Barry Jackson of the Miami Herald reports. "Both sides want to strike a deal.

"The Heat has expressed interest in re-signing Luke Babbitt, according to a source. Because he has Bird Rights, his cap hit will be just $1.4 million regardless of his salary."

Johnson had a breakout year for the Heat this season. He averaged 12.8 points and 4.1 rebounds per game, both career highs for the power forward. Babbit only played 15.7 minutes per game, but averaged 4.8 points and hit 41.4 of his 3-pointers.

What I can tell you: the #Twolves have touched base. But nothing concrete going on with him at the moment. https://t.co/yviVX7kES7

Minnesota has also been linked to C.J. Miles, who is younger and provides better shooting than Carter (a career 37.4 shooter 3-point range). But, Carter is another vet and is an option if the Timberwolves miss out on Miles.