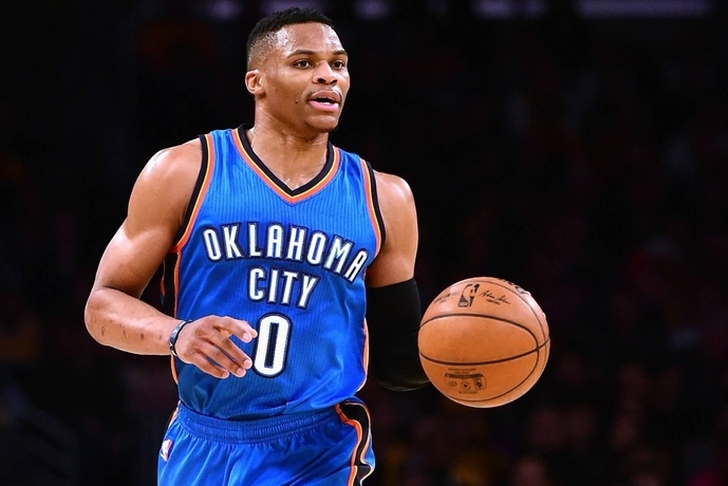 The NBA free agency frenzy has died down, but there are still a few quality players available on the open market. Summer League also concludes tonight, but there are plenty of trade rumors swirling, specifically centered around the future of Russell Westbrook in Oklahoma City. Here are the latest NBA rumors and news from you need to know.

Westbrook to stay in Oklahoma City?
The Oklahoma City Thunder have been rumored to be looking into trading Westbrook this offseason in fear of losing him for nothing as a free agent next offseason, but it appears he will be playing at least one more season in OKC. According to The Oklahoman's Anthony Slater, Westbrook wants to stay with the Thunder - but that can change:

Westbrook has given the Thunder no indication that he currently wants out. To the contrary, one source described him as ticked off about the Kevin Durant departure, determined for this new challenge and eager for the season to start: “He's ready.”

Even if his answer is yes or probably right now, things can change. With the stunning Durant departure so fresh, you'd have to expect Sam Presti and the OKC front office are operating with a higher level of skepticism these days. The only way for Westbrook to quell all speculation is by putting pen to paper on a contract extension. But that's a route many NBA insiders insist remains extremely unlikely.

Several teams have been pursuing a trade for Westbrook, but he seems intent on seeing how he likes leading the Thunder's current roster without Durant. However, he may be made available before the trade deadline if he doesn't commit to re-signing with OKC as a free agent.

Questions about Durant's future in Golden State?
Speaking of Durant, his decision to sign with the Warriors apparently came without a promise to re-sign with Golden State after his one-year deal (with a player option for a second year) expires. Team president Rick Welts told CBS Sports Radio's Tiki and Tierney that they don't have a commitment from him:

"Well, I think we had hope [of signing Durant]," Welts said. "We, like every other team, probably didn't think it was going to happen, and I can assure you we had no indication it was going to happen until the phone rang at 7:30 in the morning in Bob Myers' cabin on Lake Tahoe and Kevin called to give us his decision. I think there was a lot of screaming and yelling going on in the Myers' cabin at that point in time.

"There's no commitment from Kevin. He signed a one-year contract with a player option. So I think the hope and expectation is there's a business reason for doing that more than there is a basketball reason for doing that. We've got to be a place that is as good as he thought it was when he selected the Warriors over the other options that he had. I think we're going through a really interesting time in our league. We're all trying to figure out what the new world is going to look like."

Durant signed the shorter contract to take advantage of the rising salary cap next offseason to maximize his earnings, but it could create some unwanted worries for the Warriors.

Smith asking Cavs for $15 million a year
It's been somewhat of a surprise that the Cleveland Cavaliers haven't been able to re-sign J.R. Smith to this point, but according to Steve Kyler of Basketball Insiders, it's because of Smith's high asking price:

Yikes... hearing JR Smith seeking huge deal to return to Cavs, in the $15m per year range. Can Cavs really pass on bringing him back?

Smith admitted he has thought about leaving the Cavs, and the Nets and 76ers are also pursuing him.