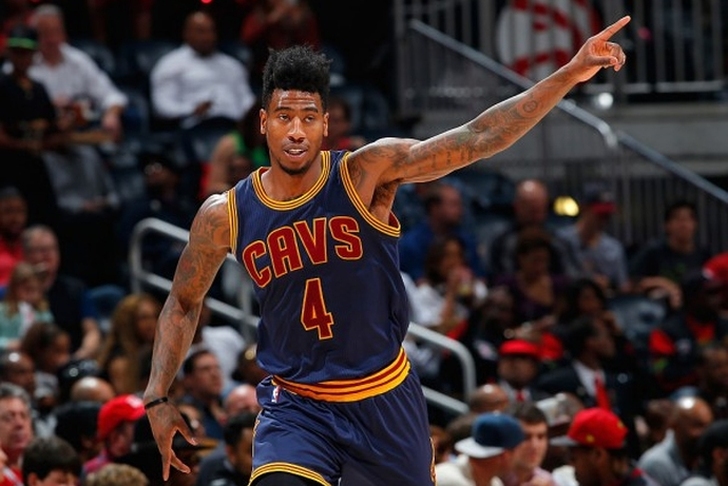 The NBA season is now officially underway, but there is still plenty of off-court buzz going around the league - including a few notable trade rumors floating around and some teams already looking forward to free agency. Here are the latest NBA rumors you need to know:

Timberwolves interested in Shumpert
The Cleveland Cavaliers are taking calls about the availability of backup guard Iman Shumpert, hoping to deal his contract to get some luxury tax relief. According to Joe Vardon of the Cleveland Plain-Dealer, the Minnesota Timberwolves are the team that has expressed the most interest in Shumpert:

It is true, a few teams such as the Minnesota Timberwolves have inquired about Iman Shumpert, who has three years and $30 million left on his contract at age 26. The Cavs are answering the phone, as ESPN's Zach Lowe reported. But they are not actively looking to deal him, a team source told cleveland.com.

Shumpert only gets traded for a player who improves the Cavs. They need a backup point guard. Rubio earns about $13.5 million. Does he make the Cavs better at Shumpert's expense?

Minnesota is also looking to deal Rubio, though they are not expected to make any moves with him until rookie Kris Dunn proves he can be the team's starter at the position.

Shumpert is averaging 4.0 points, 3.0 rebounds and 2.5 assists in 17 minutes per game through two games this season.

Cavs want Beverley?
However, Cleveland's search for a backup point guard may lead them to Houston, where Rockets point guard Patrick Beverley could be available. Vardon mentions that the Cavs are keeping an eye on Beverley, who is currently out after having minor knee surgery.

With James Harden now playing point guard for Houston, Beverley's role is expected to be diminished. A noted perimeter defender (which is why Cleveland is interested), Beverley averaged 9.9 points, 3.5 rebounds and 3.4 assists per game last season.

Nowitzki may not play Sunday
Dallas Mavericks forward Dirk Nowitzki has been dealing with a stomach bug at the start of the season that caused him to miss Friday's loss to the Rockets, and it could cause him to miss Sunday's rematch, reports Dwain Price of the Fort Worth Star-Telegram:

Carlisle said its premature to say whether or not Dirk will be able to play in Sunday's game at Houston.

Nowitzki had 22 points and eight rebounds in Dallas' season-opening loss to the Pacers.