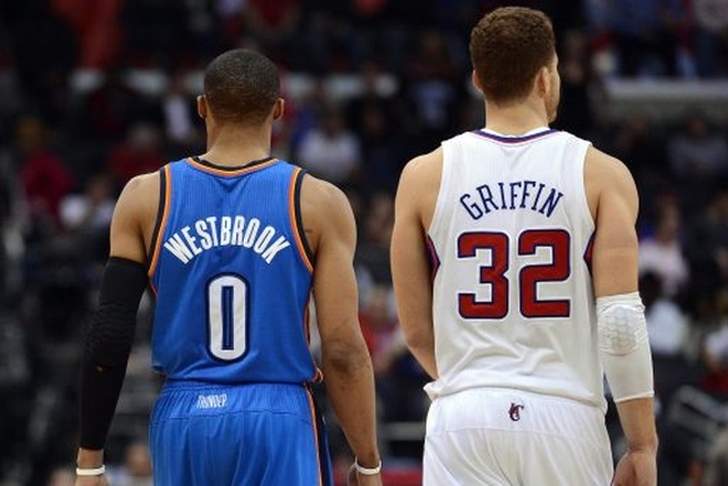 The NBA free agency frenzy has died down and with the summer league complete, and the league has reached a quiet point. However, there are a few trade rumblings - and a lot of team are already looking ahead to the stacked 2017 free agency class. Here are the latest NBA rumors and news you need to know:

Thunder plan to pursue Griffin
With Russell Westbrook now secured for the foreseeable future, the Oklahoma City Thunder have returned to how they can build a championship team around him. Their No. 1 goal - and really only goal - is to lure Blake Griffin away from the Clippers in free agency next summer, according to The Vertical's Adrian Wojnarowski:

Durant is deleted. Done and gone and no longer part of his world. “What’s next?” he asked – and the Thunder connected with Westbrook on a plan to construct their next act. Once, it was James Harden and Kevin Durant and Russell Westbrook. Now, it’s a superstar solo act – with an eye upon Los Angeles Clippers All-Star forward Blake Griffin in 2017 free agency. Griffin is an Oklahoma kid gone Hollywood, a star who has his own tensions with Chris Paul on the Clippers.

Griffin, who was born in Oklahoma City, also played his college ball at Oklahoma. He averaged 21.4 points, 8.4 rebounds and 4.9 assists per game last season.

Cavs to trade Love to Sixers for Noel?
Kevin Love has been the subject of trade rumors seemingly ever since he signed with the Cleveland Cavaliers, and even after winning a championship, those rumors haven't gone away. There is a line of thinking that the Cavs need to improve to keep pace with the Golden State Warriors, and trading Love - who has never really fit in with Cleveland or lived up to expectations - could give them the best chance to do that.

According to Malcolm Lee of Yibada, the Cavs could flip Kevin Love to the 76ers in exchange for a package centered around Nerlens Noel:

The Philadelphia 76ers present a more viable option because they have a pair of centers on the trading block-and the trade value may have dwindled. SB Nation writer Tom Ziller proposed several possible trades, one of them involved the Sixers.

The proposal centered on Jahlil Okafor and the Kings' 2018 pick, but if the Cavs prefer Noel over Okafor, hard to see why the  Sixers won't agree. Nerlens Noel is more athletic and better on defense. The Cavs aren't exactly short on scorers.

The Cavs want real players they can use now, and the Sixers could develop another piece in the season that the Cavs could covet (Dario Saric, perhaps) and pair with Noel for a formidable trade package.

Noel would provide the Cavs with the athletic shot-blocker they've been looking for, and any other talented young pieces would add depth to their bench. However, Noel's lack of shooting ability could clog the paint in Cleveland's free-flowing offense. He averaged 11.1 points, 8.1 rebounds and 1.5 blocks per game last season.

Conflicting reports on Rudez joining Magic
Damjan Rudez reportedly agreed to a deal with the Orlando Magic, per Euorhoops.net, but there's now some conflicting reports. According to Brian K. Schmitz of the Orlando Sentinel, Rudez simply received a training camp invite.

Contrary to a report by https://t.co/p2QTY20v2K, Rudez has no "deal" but simply invited for a training-camp look-see like other free agents.

Rudez has spent the past two seasons in the NBA, playing for the Indiana Pacers in 2014-15 and the Minnesota Timberwolves last season. A noted three-point shooter, the Yugoslavic forward averaged 2.3 points and shot 40.3 percent from long range.