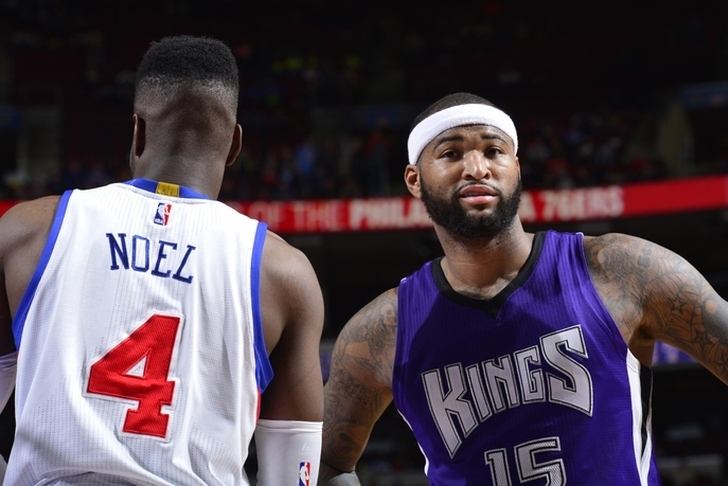 As the NBA season rolls on, many around the league are dealing with injuries and juggling rotations. However, teams are also making preparations for the trade deadline - which is still two months away. Here's all the latest NBA news and rumors you need to know:

Teams not interested in acquiring Cousins
The DeMarcus Cousins trade rumors have been all over the place this season. First, there was a "50-50 chance" the Kings were going to trade him. Then they were absolutely not going to trade him, and Cousins may even sign an extension there. Now, things have gone in an entirely different direction.

After lashing out at a reporter for the Sacramento Bee, almost all NBA teams now would have no interest in potentially acquiring Cousins, reports Howard Beck of Bleacher Report:

Every GM I've asked recently has effectively said, "Hell no" on trading for Cousins. This incident underlines why: https://t.co/ENsMZe6Jcb

Cousins has a history of blowups such as this, including with his coaches and teammates, but had reportedly avoided those incidents until now. The All-Star center is averaging 28.1 points, 10.9 rebounds and 3.5 assists per game this season.

Noel unhappy with playing time
Philadelphia 76ers center Nerlens Noel played his second game of the season on Friday after undergoing knee surgery in October, which also marked the first game in which Noel, Jahlil Okafor and Joel Embiid all played in the same game. With that logjam at center, Noel played just eight minutes - and he was not happy about it.

"I think I'm too good to be playing eight minutes," Noel said Friday night. "That's crazy. Need to figure this s--- out."

Noel met with head coach Brett Brown after the game, and the two were speaking in a more positive light on Saturday.

"He's highly competitive; he's in a very unusual situation," Brown said. "The fact that it came out as soon as it did caught me off guard. We've discussed it, and I'll be surprised if everybody's not seeing how we all need to handle this better going forward."

"You might get emotional sometimes, and I'm human and I want to play basketball at the highest level," Noel said. "Now moving forward, it's taking it day by day and keep improving."

However, Noel is still unhappy with his playing time, and had made it known before his return that he would like to be traded due to that logjam at center.

Andersen out for season
Cleveland Cavaliers reserve center Chris "Birdman" Anderson will miss the rest of the season after suffering a torn ACL, the team announced:

Anderson was averaging 2.3 points and 2.6 rebounds in 12 games this season.