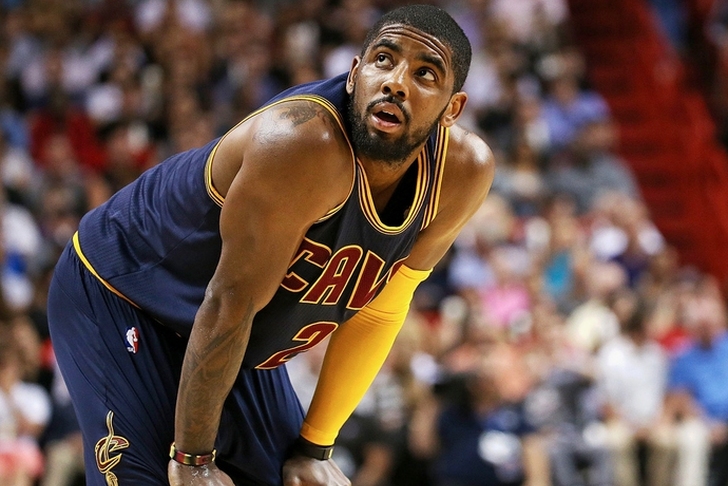 The NBA offseason has reached a quiet point with free agency basically over, but there remain some major storylines that will dominate the summer. There's nothing new right now on the Carmelo Anthony saga, but there are updates on the Kyrie Irving trade. Here's the latest on Irving and more NBA rumors you need to know:

"The Phoenix Suns are the team to watch on Kyrie Irving," Wolfson said. "Now, they won’t offer Josh Jackson plus that Miami 2018 first and Eric Bledsoe. I’m told they’ll do Bledsoe. They’ll do the pick. Plus, Dragan Bender."

The Cavs are asking for a veteran starter, a talented player on a rookie deal and a draft pick. That checks all the boxes, but it's unclear if the 19-year-old Bender is enough for the Cavs to accept. Bender was the No. 4 overall pick in 2016 NBA Draft, but averaged only 3.4 points and 2.4 rebounds in limited time last year. He's still raw, which might not be what the Cavs are looking for. Still, the offer from the Suns is among the better reported ones so far.

Pistons Want Irving
Add the Detroit Pistons to the list of teams interested in Irving, as the Detroit Free Press reports the Pistons have interest in trading for Irving. Head coach Stan Van Gundy also told the Free Press there had been conversations with the Cavs. The main issue with a Pistons-Cavs trade is what Detroit can offer. Any offer would likely have to include Reggie Jackson for salary purposes, but he's not exactly a valuable commodity. The Pistons could also include Andre Drummond and take back Tristan Thompson, but that's still not enough. The Pistons young players on rookie deals are Luke Kennard, Henry Ellenson and Stanley Johnson. Kennard would fit well as a shooter in Cleveland, but Johnson regressed this year. That type of package likely isn't enough for the Cavs.

"Guard Josh Richardson became eligible for a contract extension on Thursday, and the Heat privately has expressed interest in offering him one, according to a league source," Barry Jackson of the Miami Herald writes. "The Heat, as of Thursday afternoon, had not made an offer, but one is expected in the coming weeks, the league source said."

Richardson is eligible for a four-year, $41 million deal. He can also pass on the extension and enter restricted free agency next year. Jackson reports that Richardson's decision will depend on what the Heat offer. He might prefer a two or three-year deal to allow him to hit the open market earlier. Although he dealt with injuries last year, Richardson put up 10.2 points, 3.2 rebounds and 2.6 assists, all career highs. His efficiency dropped, however. He shot only 39.4 percent from the field and 33 percent from 3-point range last year, down from 45.2 percent and 46.1 percent from deep.