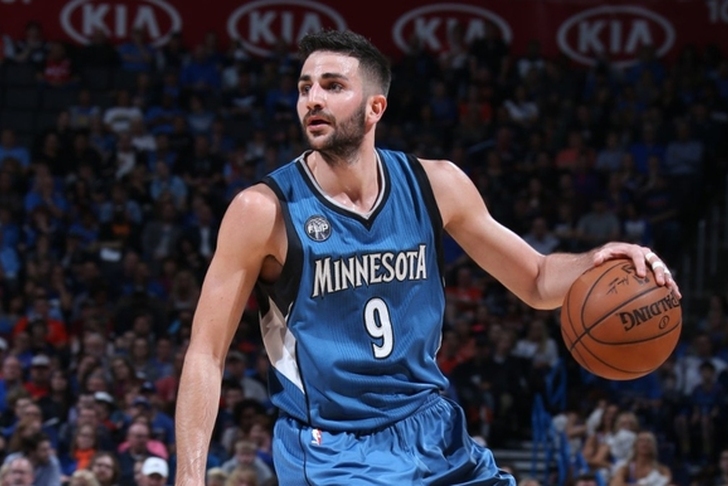 Kings to acquire Rubio midseason?
Ricky Rubio will be the starting point guard for the Minnesota Timberwolves at the start of the season, but he is not expected to keep that role for the duration of the season. According to Darren Wolfson of ESPN 1500, the Timberwolves are looking to trade him - and the Sacramento Kings are very interested:

As Glen Taylor said on this podcast a couple episodes ago, Ricky Rubio will start the season with the Wolves. But I can tell you, as I’ve said a number of times, the Sacramento Kings are a team to watch. Vlade Divac, George Karl, now George Karl into Dave Joerger. Keep an eye on the Sacramento Kings if slash when the Wolves decide to make a move on Ricky. But, again, nothing is imminent. Ricky Rubio will be with the Wolves opening night.

Kris Dunn, the No. 5 pick in the draft, is expected to be Minnesota's long-term starting point guard, and after an impressive Summer League performance, he appears ready to take that role sooner rather than later.

Sacramento also needs a point guard, as their current starter is Darren Collison, who is facing domestic violence charges. His backup is 30-year old league journeyman Garrett Temple. The Kings are also shopping forward Rudy Gay, and there is momentum behind a Rubio-Gay swap.

The Milwaukee Bucks are in advanced discussions to sign veteran guard Jason Terry to bolster their backcourt and add leadership to a young roster, according to league sources.

Sources told ESPN.com that the Bucks are closing in on the signing of Terry, whom they've targeted to lend a much-needed dose of experience to their locker room after the 38-year-old spent the past two seasons with the Houston Rockets.

Terry is a former NBA Sixth Man Award winner (2009) who won an NBA championship with the Dallas Mavericks in the 2010-11 season alongside Bucks coach Jason Kidd, then the Mavericks' starting point guard.

A person familiar with the decision tells The Associated Press that the NBA has decided to hold the 2017 All-Star Game in New Orleans. The person spoke to the AP on condition of anonymity Friday because the decision hasn’t been announced. New Orleans replaces Charlotte, which was set to host the game until the NBA decided last month that it wouldn’t hold its marquee, mid-season event in North Carolina because of a state law that limits anti-discrimination protections for lesbian, gay and transgender people.

The NBA is expected to make an official announcement later today. New Orleans has hosted the event twice, both of which have been in the past decade (2008, 2014).