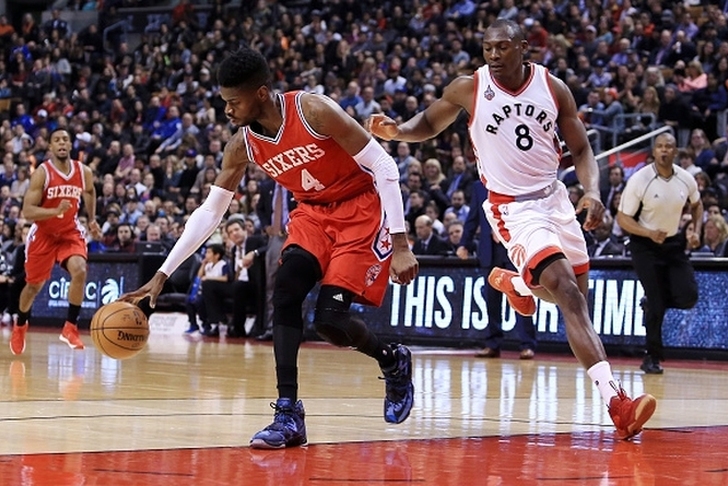 The NBA season is now officially underway, but there is still plenty of off-court buzz going around the league - including a few notable trade rumors floating around and some teams already looking forward to free agency. Here are the latest NBA rumors you need to know:

Raptors want to trade for Noel
The Toronto Raptors are looking for an upgrade at the power forward position even though they signed Jared Sullinger in the offseason, and that has them targeting Philadelphia 76ers big man Nerlens Noel, according to ESPN's Marc Stein:

The Raptors are among the teams that have expressed interest in Philadelphia's very available Nerlens Noel, but sources say Toronto's initial preference in the wake of losing Jared Sullinger (foot) to injury is to give more minutes to various younger players (such as rookies Pascal Siakam and Jakob Poeltl) so they get first crack at filling the void.

Philadelphia has been shopping Noel all offseason, and are expected to trade him before the deadline this year. Noel is out for a few more weeks after having knee surgery in October, so no deal could be reached until he returned.

Noel would also add some rim protection for the Raptors, who don't have that on their roster after losing Bismack Biyombo in free agency. Last year, Noel averaged 11.1 and 8.1 rebounds per game.

Nets shopping Lopez
Stein also reports that the Brooklyn Nets are looking to make a deal, and are shopping center Brook Lopez:

Some rival executives are increasingly convinced that the Nets are open to moving Lopez between now and the February deadline in the proverbial right deal.

Rumblings of Boston interest have been forcefully shot down by sources familiar with the Celtics' thinking, but the situation bears monitoring -- and not simply because the Celts could ultimately decide that a big in-season move is wisest in the event they can't create as much cap space next summer as they once hoped.

Sources stressed to ESPN.com in recent days that they believe as it stands, the Nets are merely fielding calls and doing their due diligence. Listening to other teams, in other words, as opposed to shopping the former All-Star center.

The Nets are undergoing a massive rebuild, making the 28-year-old expendable as they try to get younger and acquire draft picks. He is averaging 19.4 points and 5.2 rebounds per game so far this season.

"He's going to be out for a while," coach Rick Carlisle said during his news conference Friday night after the Mavs lost to the Blazers. "We'll update you guys in about seven days. He's not going to play at least until then."

Nowitzki is hoping the rest helps him get back to 100 percent:

"It gets better on days off, and as soon as I go out there and try to push off, try to show on pick-and-rolls, run backwards, all that stuff is just uncomfortable and sore," Nowitzki said. "So just thought I'd just shut it down. I mean, it makes no sense to keep dragging this for weeks, you know? Obviously, it hasn't really gotten better, so we're going to take a few days off and not get on the court, not do all the stuff that makes it sore. And hopefully, I'll be better in a couple days and we can ramp it back up.

Nowitzki is averaging 12.0 points and 6.7 rebounds in three games this season.