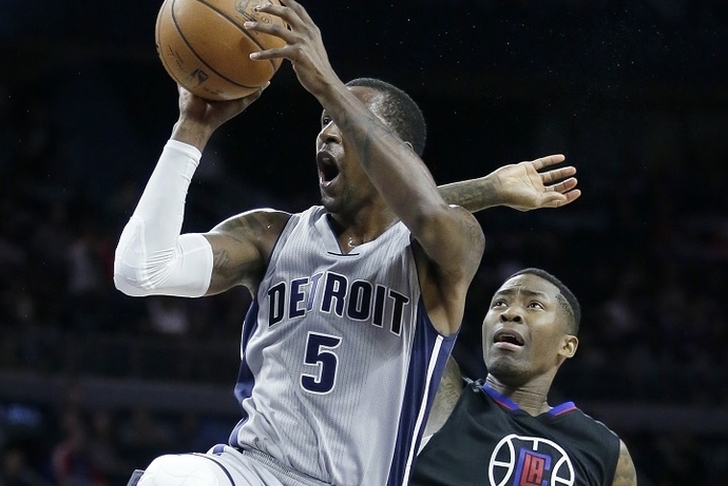 NBA Free Agency is nearly a week old, and with the July Moratorium now over, deals that have been agreed to can become official. Though several notable free agents still unsigned, that likely won't be the case for much longer as yesterday saw the likes of Vince Carter, Kelly Olynyk and Rudy Gay find homes. Here are all the latest NBA rumors you need to know:

KCP has been seeking a max contract, something Detroit has said they won't match. The Brooklyn Nets are known to be interested in him, and could sign him in the coming days - especially if the Washington Wizards match the max offer sheet they gave to Otto Porter Jr.

Jamal Crawford considering Celtics
Crawford was traded to the Atlanta Hawks in a three-team trade that sent Danilo Gallinari to the Los Angeles Clippers. However, he has no intentions of playing for the Hawks and is seeking a buyout. He has expressed interest in joining the Los Angeles Lakers, but is also considering the Celtics, according to Michael Scotto of Basketball Insiders:

Jamal Crawford would consider joining the Celtics, if bought out by the Hawks, a source told Basketball Insiders. https://t.co/gRmLIfZ9Gk

Lakers interested in signing Rodney Stuckey
Though the Lakers have interest in Crawford, they have turned their attention to Rodney Stuckey, according to Mark Medina of the Orange County Register.

With intentions to bolster their backcourt and provide a veteran presence around their young roster, the Lakers “have shown interest” in free agent guard Rodney Stuckey, according to a league source familiar with the situation.

The Lakers have had preliminary discussions surrounding Stuckey but have not scheduled any meetings as both parties have evaluated other options, the source said. Still, the 31-year-old Stuckey finds the Lakers appealing for several reasons.

Stuckey can play either point guard or shooting guard, adding value as a backup who can also play alongside rookie Lonzo Ball.

He is open to signing a one-year deal, which Los Angeles prefers as they try to keep maximum cap space for 2018 free agency and their pursuit to Paul George, Russell Westbrook, LeBron James and other superstar free agents.

Stuckey was waived by the Indiana Pacers late last season after suffering a strained left patellar tendon, ending his three-year stint with them. While in Indiana, he formed a strong relationship with George, LA's top target in 2018, and the Lakers are hoping he can help recruit him.