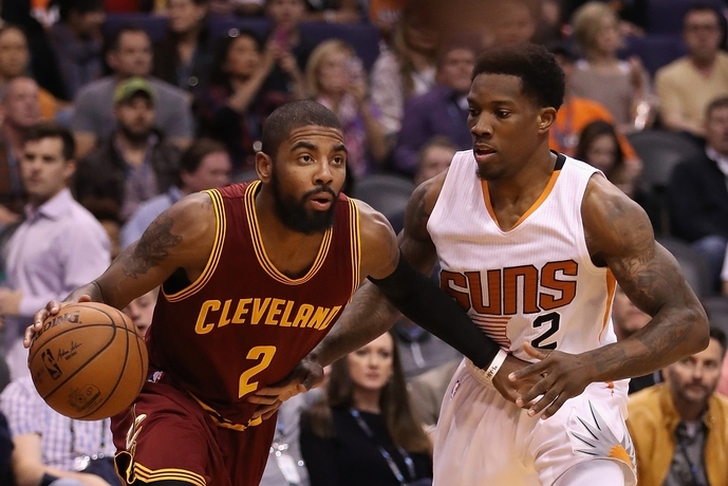 The NBA offseason has reached a quiet point with free agency now pretty much over, but Kyrie Irving's trade request has taken over headlines as the latest chapter in the Cleveland Cavaliers' tumultuous offseason. Plus, Carmelo Anthony is still trying to find a way to leave the New York Knicks. Here are all the latest NBA rumors you need to know:

Adam Silver anticipates NBA expansion
With the NBA flourishing financially thanks to growing popularity and a new TV deal, commissioner Adam Silver told The Player's Tribune that the league will inevitably look into expansion - with Seattle right at the top of the list of potential cities.

I think it’s just a question of when the right time is to seriously start thinking about expansion. Think about the state we’re in the league right now where [it is] amazing to me that, coming off of these Finals, you have some fans saying, “There’s only one good team in the league”

And I’m thinking, well, if people really believe that even though we have 450 of the best players in the world, and 450 players can only form one really good team, probably doesn’t make sense to expand in terms of dilution of talent.

Now I don’t really believe that, and I think these things correct themselves. And I don’t want to put a precise timeline on it, but it’s inevitable at some point we’ll start looking at growth of franchises, that’s always been the case in this league, and Seattle will no doubt be on a short list of cities we’ll look at.

Seattle certainly figures to be the leading candidate for an expansion NBA franchise due to the past success of the SuperSonics, with Las Vegas, Louisville, Kansas City and Vancouver also serving as legitimate possibilities.

Suns won't include Josh Jackson in Kyrie Irving trade talks
The Phoenix Suns are one of the two frontrunners to land Irving in a trade, but they aren't willing to give up all of their young assets to get him. They have previously said they won't trade Devin Booker and also won't part with rookie Josh Jackson, according to John Gambadoro of Arizona Sports 98.7.

The Phoenix Suns will NOT include Josh Jackson in any trade for Kyrie Irving.

Phoenix selected Jackson with the No. 4 overall pick in the NBA Draft. Their offer for Irving centers around Eric Bledsoe, and Cleveland is also seeking a promising young player from them.

Carmelo Anthony will only waive no-trade clause for Rockets
Anthony does not want to play for the Knicks next season after he was nearly traded to the Houston Rockets earlier this offseason and remains set on joining them. ESPN's Ian Begley reports that Anthony, who previously said he would waive his no-trade clause for either the Rockets or Cavs, is trying to force his way to Houston.

Carmelo Anthony's top destination in any trade, per league sources, is the Houston Rockets. Nothing really has changed since ESPN's Adrian Wojnarowski reported more than a week ago that Anthony still expected the Knicks to carry out their previous plan to trade him to Houston.

Now things can evolve quickly in the NBA. Anthony can shift his thinking on his no-trade clause and where he would like to end up at any time. But as of Tuesday night, landing in Houston remained his top priority over all other potential destinations, including the Cleveland Cavaliers.