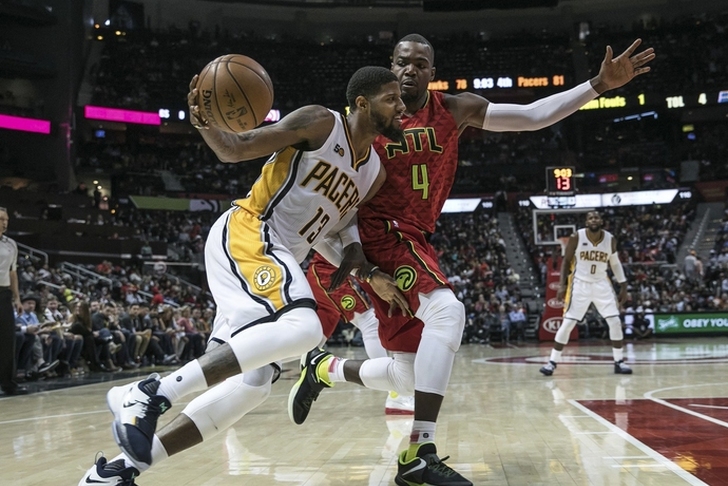 With the NBA Draft now over, teams around the league have turned their attention to free agency, which starts on July 1st. Several big names figure to be available, including Gordon Hayward, Chris Paul and Blake Griffin, which will lead to another summer of intrigue. There's also the steady rumors around Paul George, who could be traded by the Pacers. Here are all the latest NBA rumors you need to know:

Pacers "not eager" to trade Paul George to Lakers
George has made it known that he will sign with the Los Angeles Lakers as the free agent next offseason, yet that doesn't mean the Indiana Pacers will only trade him to LA. The two sides had been in negotiations leading up to the draft, but the Pacers are "not eager" to send him to the Lakers, according to Steve Kyler of Basketball Insiders.

Last I heard talks with Lakers died off two days before the draft. Pacers not eager to help Lakers land PG unless it favors them. https://t.co/HrdV0E1gm5

Several other teams are still trying to acquire him to be a "one-year rental" to help them try to win a championship this season. The Cleveland Cavaliers are chief among them, and are trying to engineer a three-team trade to land him.

Nuggets may land Paul Millsap in free agency
Paul Millsap declined his player option to enter free agency, but planned to re-sign with the Atlanta Hawks. However, with the Hawks trading Dwight Howard, it appears that they're ready to start a rebuild. As such, Millsap is expected to look elsewhere on the open market and the Denver Nuggets have emerged as a legitimate option, according to Kyler.

Hearing they could be the team that lands Paul Millsap. https://t.co/736L6qycUY

Millsap averaged 18.1 points, and 7.7 rebounds per game this season.

Timberwolves still looking to trade Ricky Rubio
After the Minnesota Timberwolves included backup point guard Kris Dunn in the Jimmy Butler trade, it looked like Ricky Rubio was off the trade block. That is not true, as Minnesota is still actively shopping him, according to ESPN's Marc Stein.

League sources say Minnesota, in the wake of the Jimmy Butler deal, remains intent on trading Ricky Rubio as it searches for more shooting.

The Timberwolves had been shopping Rubio after drafting Dunn with the No. 5 pick in the 2016 draft, but now they plan to sign a starting point guard in free agency, keeping him on the block.

Nets have "real" interest in J.J. Redick
Redick is not expected to return to the Los Angeles Clippers next season due to their salary cap situation and the contract he is expected to demand on the open market, and one of the teams that is very interested in signing him is the Brooklyn Nets, according to Brian Lewis of the New York Post.

Two sources told me #Nets interest in JJ Redick is real. Owns $4M condo in Dumbo, worked out w/ @JLin7 could be good influence on @Dloading

The Philadelphia 76ers also plan to pursue Redick, who averaged 15.0 points per game while shooting 44.5 percent from the field and 42.9 percent from three this season.