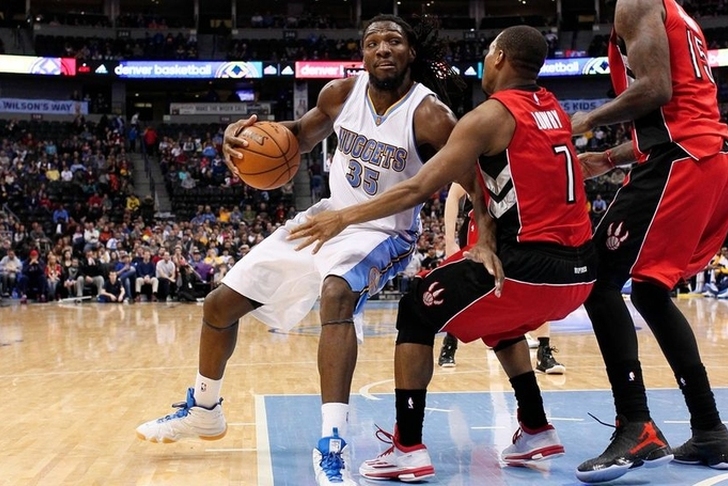 The NBA preseason is a week old, and rosters around the league are starting to take shape. However, there are a few notable trade rumors floating around as well as questions surrounding the health of a few stars. Here are the latest NBA rumors you need to know:

Nuggets trying to trade Faried
Denver Nuggets forward Kenneth Faried has found himself at the center of trade rumors before, and the team has placed him on the trade block again, according to ESPN's Zach Lowe:

The Nuggets will also be at the epicenter of the trade market. They’ve been dangling Faried off and on for three years, and continue to now, sources say. They could deal in either team-building direction: turn young players and extra picks into a bigger name, or go full rebuild by flipping their established veterans for more picks. You can win 30-something games for only so long before ownership jolts you in one direction — even if this ownership gave its entire front office contract extensions over the summer.

Suns to keep Bledsoe
The Phoenix Suns were reportedly shopping point guard Eric Bledsoe leading up to the draft, but didn't deal him. Even as they deal with a backcourt logjam with Bledsoe, Devin Booker and Brandon Knight, Lowe says they do not plan on trading Bledsoe:

Still, the Suns did not flip a coveted Lakers pick for Knight, and then pay him $14 million per season, to be a backup. The league is cool on Knight now, but given the dearth of wings, the Suns might find a palatable trade market if Knight starts strong. (There is no indication that they have any interest in trading Bledsoe right now, sources say.)

Lowry to opt out of contract, wants to re-sign with Raptors
Toronto Raptors point guard Kyle Lowry has a player option for next year - the final year of his contract - but he plans to decline that option to become an unrestricted free agent, reports Adrian Wojnarowski of The Vertical.

(Kyle) Lowry plans to opt out of the final year of his contract, he told The Vertical, passing on a $12 million salary in 2017-18 to join a point-guard marketplace that will include the Los Angeles Clippers’ Chris Paul and Golden State’s Steph Curry, who has already said he plans to re-sign with the Warriors.

This is no ultimatum out of Lowry, no threat: It is simply the reality of a robust market, where All-Star players reaching the conference finals are compensated accordingly now.

Lowry wants to re-sign with the Raptors, but is also willing to listen to other teams. He averaged 21.2 points, 6.4 assists and 4.7 rebounds per game last season.