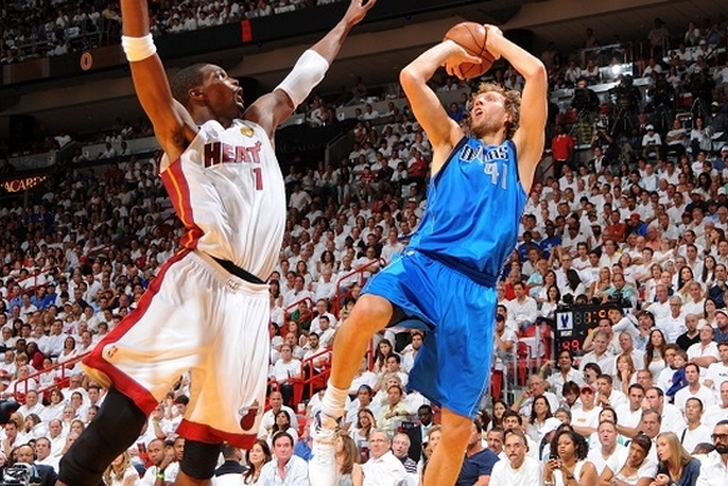 The NBA offseason is coming to a close with the start of training camp just 10 days away from teams participating in preseason NBA Global Games. However, there are a few notable trade rumors floating around as well as questions surrounding the health of a few stars. Here are the latest NBA rumors you need to know:

Raptors interested in trading for Bosh?
Chris Bosh says he's "ready to play" after blood clots threatened the future of his playing career, but there is a chance that the Miami Heat will look to trade their star player. According to John Michaels of Yibada, the Toronto Raptors may have interest in trading for Bosh:

The Toronto Raptors are reportedly closely monitoring Chris Bosh situation as the veteran power forward makes his comeback from another bout with irregular blood clotting last season. Sources close to situation added that the Raptors could be in play for Bosh, who kicked off his NBA career in Toronto.

Bosh, who played a total of 97 games over the last two seasons due to blood clotting issues, will be attempting another comeback as he already kicked off his training weeks before Miami opens its camp.

Dirk playing final season?
Dallas Mavericks forward Dirk Nowitzki is clearly in the twilight of his career at 38 years old, but when he signed a two-year deal this offseason, it seemed like he was pushing off retirement talk until then. However, that is not the case. He told Stephen Hunt of FanRag Sports that he will contemplate retirement after the 2016-17 season.

However, Nowitzki, the 2007 NBA MVP and the 2011 NBA Finals MVP as the Mavs capped an improbable run to championship glory by eliminating the favored Miami Heat, was quick to say that his signing a two-year deal earlier in the summer is no indication that he will play these two seasons on his new deal and then retire, or that he’ll play both of those seasons in their entirety no matter what.

Instead, he said it will all depend on how his body feels. Dirk is 38 and knows that as players approach the big 40 in any sport that all those years of wear-and-tear can finally exact a huge toll, so instead of saying he will hang up his sneakers in a few years, he’s taking more of a wait-and-see attitude about the twilight of his tenure in the Association.

“I always said I wanted to kind of take it year-by-year. Signing a two-year deal doesn’t mean I necessarily have to play those two years. I think we’ll see how next year goes, how the body responds and then we’ll make that decision again next year,” Nowitzki said. “But obviously, I would love to play the next two years and then just see how it goes.”

Nowitzki averaged 18.3 points and 6.5 rebounds per game last season. He currently ranks 6th on the NBA's all-time scoring list, and is just under 2,000 points behind Wilt Chamberlain for 5th.

Tucker out 6-8 weeks
As teams prepare for camp, Phoenix Suns forward P.J. Tucker already knows he may miss the start of the regular season. He will be out 6-8 weeks for back surgery, according to Paul Coro of the Arizona Republic:

Suns forward P.J. Tucker will miss training camp, preseason and likely the early parts of the regular season after undergoing a low back microsectomy on Thursday.

Valley-based Suns spine specialist Dr. Dennis Crandall performed the surgery, which typically addresses a herniated lumbar disk and relieves nerve pressure. Tucker will be out six to eight weeks but could resume running in four weeks. That puts a potential return to game action either immediately after the Suns' Oct. 26 regular-season opener or closer to Nov. 10 after eight Suns games.