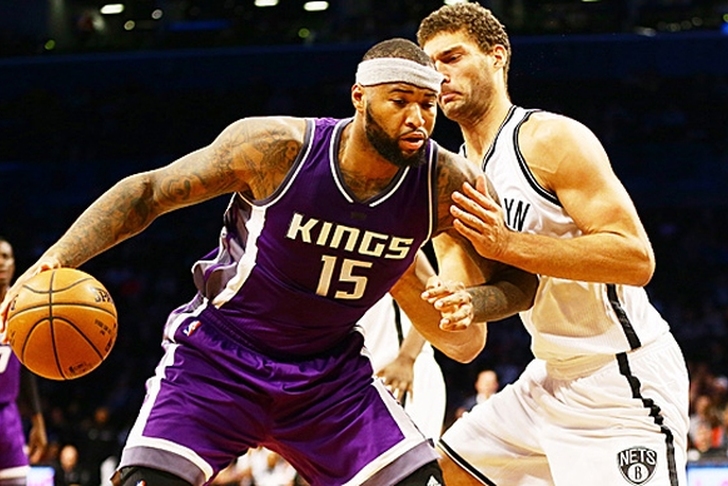 Even though we're a quarter of the way into the NBA season, several teams are contemplating making new signings - with some looking ahead to the offseason. Here are the latest NBA rumors you need to know:

DeMarcus Cousins may re-sign with Kings
Just a few weeks ago, the Sacramento Kings were reportedly as close to putting All-Star center DeMarcus Cousins on the trade block as they've ever been. Now, Cousins says he may re-sign with the team. Amidst all the trade rumors, Cousins told A. Sherrod Blakely of CSNNE.com that he "would not rule out" signing a long-term extension with the franchise in 2018.

“I got a season and a whole other season,” Cousins said. “I focus on these guys right here; I focus on winning games; I focus on making the playoffs; that’s it.”

Nets pursuing Donatas Motiejunas
In a strange situation, forward Donatas Motiejunas is still a restricted free agent. He has been available all offseason, but did not sign an offer sheet with another team. However, he also would not sign the qualifying offer, hoping to get a long-term deal from the Houston Rockets instead. That has not happened, and thus, he is still a free agent - but it won't be that way for long.

According to ESPN's Marc Stein, the Brooklyn Nets plan to sign Motiejunas to an offer sheet:

ESPN sources say Brooklyn will not sign Donatas Motiejunas to an offer sheet before Friday but deal is "likely" for restricted free agent.

The Nets, sources say, are "comfortable" where Motiejunas is medically and planning an offer sheet Houston will have three days to match.

Motiejunas averaged 6.2 points and 2.9 rebounds in just 37 games last season, though he was largely limited due to a back injury.

"When he's ready to go to the court, my intention is to give him the ball and let him be the point guard," Brown said. "That's the plan. That doesn't just happen. It takes a little bit of time to introduce him."