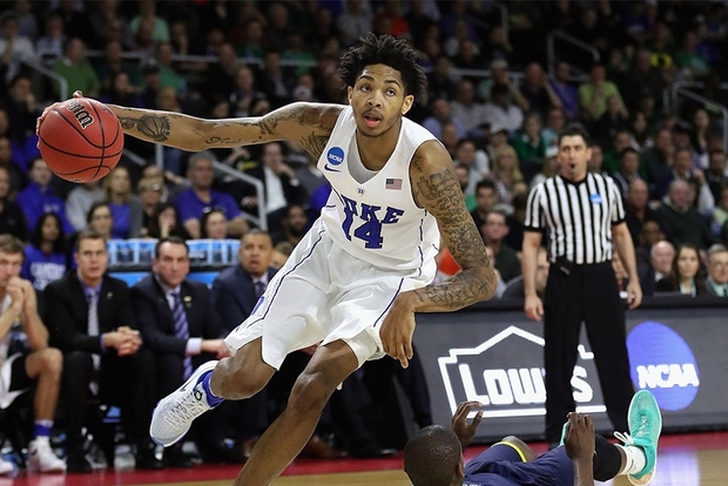 The NBA Finals will end after Game 7 Sunday, but the vast majority of teams across the league are already focusing on their offseason plans. The draft is less than a week away, and teams are preparing for when free agency begins on July 1. Here are all the latest NBA rumors and news you need to know from around the association.

Who Is Targeting Jaylen Brown?
The Cal forward had a less-than-ideal season, but is still a lottery pick. But which teams are doing the most research on Brown?

Those teams are pick No. 3 through No. 5. The Celtics have Jae Crowder at small forward, while the Timberwolves have Andrew Wiggins. However, the Suns have only P.J. Tucker and T.J. Warren. That could make the Suns a logical landing spot.

Denzel Valentine Sliding?
The Michigan State forward/guard could be in a for a draft slide over concerns about his knees. Chad Ford of ESPN Insider reports the Pistons love Valentine, but could pass on him because there are worries about how his knees will hold up in the long-term. If he falls past No. 18, then Ford says are those concerns were major, because the Pistons love Valentine as a player.

Lakers Wanted Ingram Over Simmons?
The 76ers are expected to pick Ben Simmons No. 1 overall, and that's just fine with the Lakers. According to Jonathan Givony, they would have taken Ingram No. 1 overall if they had the pick. That's because Ingram "is a perfect fit for their roster and should generate a great deal of excitement about their future." At this point, anything other than Simmons-Ingram to start the draft would be a major stunner.

Darren Collison Charged With Domestic Violence
The Sacramento Kings guard has been charged with two misdemeanor counts of domestic violence and domestic battery. The charges stem from a May 30th incident that Collison was arrested for. CSN Bay Area has the press release from the DA's office, which mentions that the victim had visible injuries that led to the arrest of Collison. It's unclear what punishment Collison will face from the Kings and/or the NBA.