NBA Rumors Roundup On The NBA Draft, Kevin Love To The Celtics, Trouble In Chicago And More 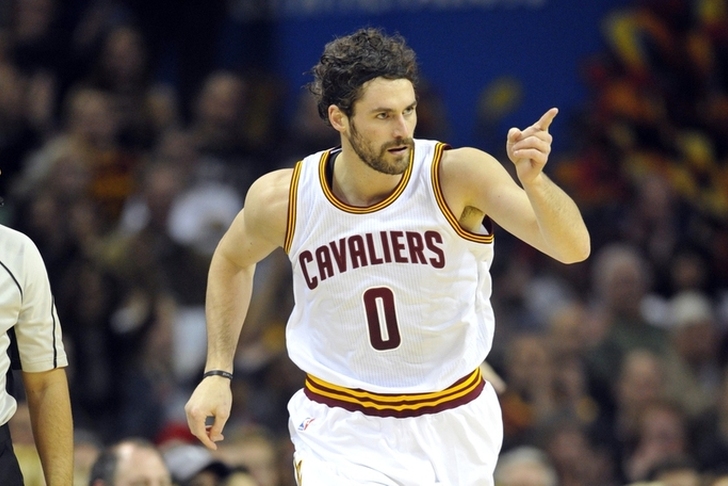 The 2016 NBA Draft is less than one month away, and there are plenty of news and rumors swirling around the top prospects in the draft. There's also plenty of buzz around the NBA offseason in general We're also at a crucial deadline, as today is the last day early entrants can withdraw and return to school. Here are the latest NBA rumors and the latest on the NBA Draft:

Could The Cavs Trade Kevin Love To The Celtics?
Kevin Love has struggled the last two games for the Cavs, and it's once again brought up questions of if the Cavs will keep Love if they come up short in their chase for a championship. ESPN's Zach Lowe reports one team that could make a move for Love is the Celtics.

"Boston made an offer for Love at the deadline, sources have told ESPN.com, and though the Cavs found it dissatisfying, the Celtics may call again if other stars higher on their list aren't available," Lowe writes.

The Celtics have been connected to Love for quite some time, and the Love-to-Boston rumors are almost a yearly occurrence at this point. The Celtics have the No. 3 overall pick this year, although they are likely hoping to get someone higher on their preferred list of players than Love. His less-than-stellar play as of late is not helping his trade value.

Would Raptors Have Fired Dwane Casey?
The Raptors are in the midst of fighting for an NBA finals berth, tied with the Cavs at 2-2. However, had the Raptors lost their opening round series to the Indiana Pacers, they'd might have been looking for a new head coach instead. Here's what Lowe reports:

"Toronto might have been one gaffe by Pacers coach Frank Vogel in Game 5 away from bowing out in the first round again, a crusher that would have raised questions about Casey's job security -- even with Toronto holding a 2016-17 option they were leaning toward picking up regardless of the Pacers series, sources say."

While that's not an affirmative in either way, it's clear Casey wasn't totally safe with his job. But now that the Raptors are just two games away from a Conference finals appearence, Casey will surely keep his job.

Noah Done In Chicago?
It doesn't sound like Bulls center Joakim Noah will be back in Chicago next year. The Chicago Sun-Times reports that Noah is telling teammates he's done with the Bulls once free agency starts.

Noah "has no trust in the front office getting this in the right direction," a player told the Sun-Times.

Boston Interested In Dragan Bender?
The Celtics hold the No. 3 overall pick and are looking at several different players. One of them is Croatian forward Dragan Bender.

Hearing that Dragan Bender has told the Celtics he'd come to Boston for a workout sometime after his Israeli League season ends.

The Celtics reportedly love Bender, the draft's top overseas player. The 7-foot-1 power forward needs to bulk up, but has the potential to be great.