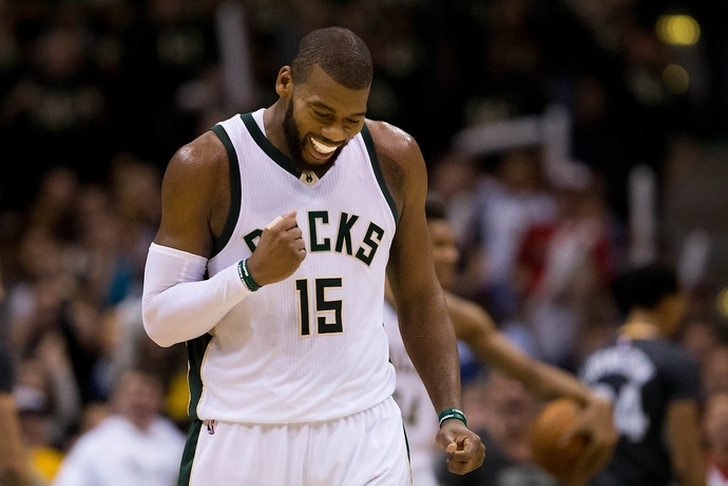 As the NBA season rolls on, many around the league are focused on the pressing off-court matter of a new collective bargaining agreement before Thursday's deadlines. However, teams are also making preparations for the trade deadline - which is still two months away. Here's all the latest NBA news and rumors you need to know:

Greg Monroe trade "more likely than not"
The Milwaukee Bucks have been aggressively trying to trade big man Greg Monroe for the better part of the past year, but have been unable to move him. He has been relegated to a bench role with the Bucks, and even with an opt-out clause after this season, Steve Kyler of Basketball Insiders says he will likely be traded before the deadline.

Monroe holds a player option for next season worth $17.8 million. Ultimately, it’s his choice whether to stay in this deal or opt to explore the market for a longer-term deal. Few around the league expect Monroe to command more than the $17.8 million he’s owed, but would he cash that in for a new multi-year deal with a better fitting team?

The problem for the Bucks is this: Teams that would want Monroe as a straight up rental would pay one price in a trade knowing he likely walks in July. There are teams that would entertain that.

The other side of that are the teams that would want Monroe beyond this current year. Unless Monroe opts into that final year, there is risk for those teams that see Monroe as a longer-term option. It’s the unpredictability that kills the market for Monroe.

The belief is the asking price on Monroe is not very high, and with the Bucks still middling in the East at 11-12, there is a sense that moving Monroe would be more likely than not, even if the return is fairly low.

Monroe is averaging 9.3 points and 6.5 rebounds in 19.0 minutes per game this season.

Jackson eyeing potential return to Lakers?
It has been rumored that New York Knicks president Phil Jackson may decide to use the opt-out clause in his contract to leave the team to re-join the Los Angeles Lakers this offseason, and now, there appears to be more legs to those rumors.

According to Marc Berman of the New York Post, Jackson has been giving advice to Lakers coach Luke Walton (who played for Jackson while playing for the Lakers from 2003-2012) throughout the course of the season, Walton's first as an NBA head coach:

Lakers rookie head coach Luke Walton admits he’s been in contact with Jackson from time to time to get advice — including right after he got the job last spring and as recently as three weeks ago.

Walton is one of Jackson’s favorite Lakers players he ever coached and was his first choice to coach the Knicks.

“I’ve definitely reached out to him about different things,’’ Walton said. “On how to coach. When I call him now, instead of random check-ins, it’s about specific things. I try to get his opinion on how he thinks I should handle something, on getting better at certain things, just picking his brain. So far he’s batting 100 percent.”

On the surface, that doesn't mean much given the relationship between the two. However, given Jackson's strange situation and seeming desire to go back to the Lakers, where he won five championships, Berman wonders if this is the start of him planning his exit from New York:

It’s not unusual for friendly competitors to seek advice. Carmelo Anthony has asked Kobe Bryant advice on how to deal with Jackson for years. But it does lead one to wonder how easily Jackson could fit into a Lakers position next season if Jackson and owner James Dolan mutually agree to part ways. Jeanie Buss is the Lakers president and Jackson’s fiancée.

The Knicks are currently tied for third in the Eastern Conference with a 14-10 record, while Los Angeles is 10-16.

Jackson also alienating potential free agents?
However, Jackson's name has been in the news for other reasons. After receiving backlash for referring to LeBron James' business associates as his "posse" and for publicly criticizing Carmelo Anthony for being a ball hog, ESPN's Marc Stein reports that his actions are alienating potential free agents:

Concern about Phil Jackson's reputation among potential free-agent targets after the whole LeBron James "posse" controversy has been replaced by mounting concern about what Jackson's ongoing commentary about Carmelo Anthony is doing to alienate the star he actually has on the roster.

New York will be armed with a plethora of cap space this offseason, and plan to pursue virtually all of the top names available, including Chris Paul, Blake Griffin and Stephen Curry.