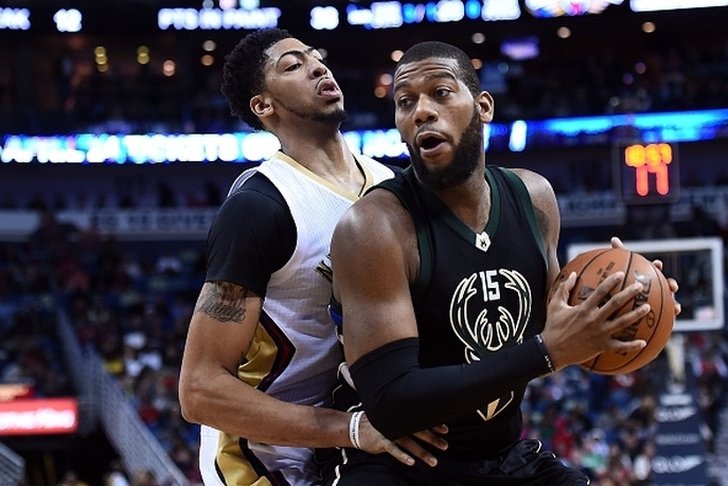 Monroe to Pelicans?
The Milwaukee Bucks are shopping center Greg Monroe, but few teams have shown interest to this point. One team that has is the New Orleans Pelicans, who are intrigued at the idea of pairing Monroe with Anthony Davis. According to ESPN's Zach Lowe and Marc Stein, Monroe is also interested in being dealt to the Pelicans:

“I think [the Bucks] got closer than maybe has been reported with New Orleans during either the draft or free agency," Lowe said the Lowe Post podcast.

"Monroe’s a New Orleans native," Stein added. "I think that’s where he wants to end up.”

Monroe signed a three-year, $50 million deal with the Bucks last offseason, but failed to find a role and fit in with Milwaukee's young stars Giannis Antetokoumnpo, Jabari Parker and Khris Middleton.

Though he was mentioned in trade rumors previously, the Heat has indicated to Josh McRoberts’ camp that he’s in the team’s plans for this season, his agent said, adding Miami called to go over his offseason training and make sure everyone is on the same page.

Cole to Timberwolves?
Veteran point guard Norris Cole is still a free agent, and he seems to be taking his time making a decision. The Minnesota Timberwolves were in contact with him last week, but they are not expected to sign him, according to KSTP's Darren Wolfson:

FA Norris Cole has a new agent. #Twolves got call this week, didn't completely dismiss. But nothing close. Someone is going to get a steal.

Cole averaged 10.4 points, 3.7 assists and 3.4 rebounds per game with the Pelicans last season.