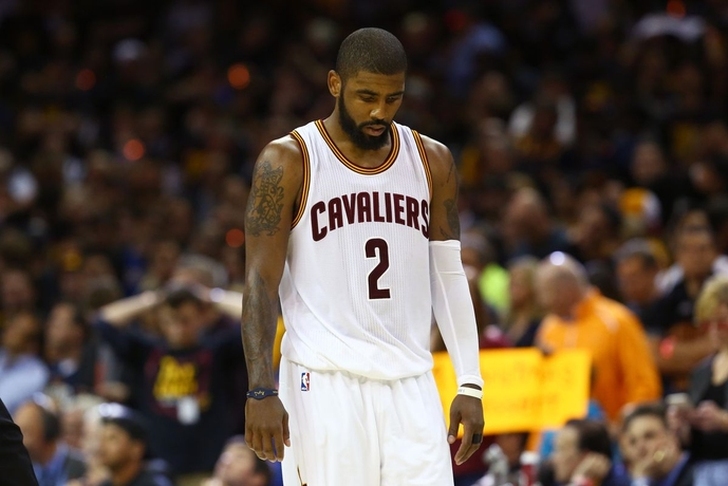 NBA Free Agency is now mostly over as virtually all of the big names on the market have signed new deals, but the trade market is starting to heat up. The Cleveland Cavaliers are once again back in the offseason headlines, as Kyrie Irving has requested a trade. Here are all the latest NBA rumors you need to know:

Latest On Kyrie Irving
The major, and unexpected, news Friday was that Kyrie Irving wants a trade from the Cavs. It blindsided nearly everyone, including LeBron James. Now the question is where Irving ends up, if he's dealt. Four teams are at the top of his list.

The Timberwolves might be the toughest team to pull off a trade with, but Minnesota stars Jimmy Butler and Karl-Anthony Towns. Butler and Irving became close playing for USA Basketball, while Towns and Irving's fathers know each other. Still, Minnesota has limited pieces to offer, if they aren't moving Wiggins. The rumors around Irving and a trade likely will continue for some time.

Derrick Rose
It had previously been reported that Rose would make a decision this weekend, but it appears that's not the case.

Derrick Rose to have face-to-face meeting with Cavaliers in coming days, league sources tell ESPN. No decision expected until next week.

Rose has interest from the Cavs, Lakers and maybe the Bulls as well. The Cavs might be the favorite, especially with the trade request from Kyrie Irving.

Jared Sullinger
Sullinger is trying to get back into the NBA after he was cut by the Suns following a trade last year. Weight has been an issue for Sullinger, but he's using The Basketball Tournament to get back.

The Columbus Dispatch reports Sullinger is down to 285 pounds, down from his high of 320 pounds. In five NBA years, despite last year's terrible year, he has averaged 10.8 points per game and 7.5 rebounds per game.