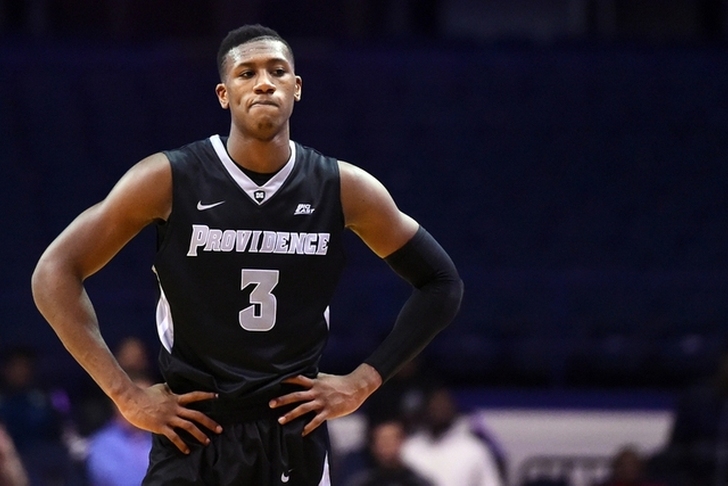 The NBA world is focused on tonight's draft and teams are making their final preparations. However, teams around the league are also focused on making plans before the start of free agency on July 1. Check out the latest NBA news and rumors below.

Durant to Knicks?
New Knicks coach Jeff Hornacek said the team was unlikely to pursue Kevin Durant in free agency earlier this month, but that doesn't appear to be the case. According to Frank Isola of the New York Daily News, team president Phil Jackson told Derrick Rose after they acquired him that they will make a hard run at KD:

Phil Jackson believes that by acquiring the former MVP point guard for one starter, a rookie and a veteran with an expiring contract the Knicks enhanced their bid to land the biggest free agent on the market, Kevin Durant.

According to a source, Jackson told Rose of his plan to pursue Durant starting on July 1st. That in of itself may be the worst-kept secret in the NBA, along with the notion that Golden State, San Antonio, Miami and both Los Angeles clubs are also planning to recruit Durant.

The difference now, however, is that the Knicks are not only selling Durant on Madison Square Garden and Madison Avenue, but also a roster that features a triangle we can all understand; Carmelo Anthony, Kristaps Porzingis and Rose, who turns 28 in October.

Durant plans to meet with teams in Los Angeles once free agency starts, and the Knicks figure to be in a muddled group behind the Warriors and Thunder in the race to land him.

Raptors trading No. 9 pick to Thunder for Serge Ibaka?
Toronto is both looking for a starting-caliber power forward and to trade the No. 9 pick, and they might get their wish on both fronts. According to The Undefeated's Marc J. Spears, the Thunder are looking to trade Serge Ibaka with the hope of acquiring a high daft pick:

The Thunder is shopping big man Serge Ibaka on this draft day, a source said. https://t.co/obBwkWDf6F

Oklahoma City clearly has a lottery prospect they're targeting, and this deal may not happen unless that prospect (whoever it is) is still available when the No. 9 pick comes around.

Celtics drafting Dunn?
Boston has been aggressively trying to trade the No. 3 pick in the draft, but after being rebuffed by several teams, it appears the Celtics are content to keep the pick. If they do, they are expected to draft Providence PG Kris Dunn, according to The Vertical's Adrian Wojnarowski:

Kris Dunn has significant traction in Boston as No. 3 pick, sources tell @TheVertical. No final decision -- and trades remain on table.

The Celtics are still in talks with the 76ers about sending the pick to them for a trade package centered around Nerlens Noel and/or Jahlil Okafor, and they could also be drafting Dunn only to trade him later with Isaiah Thomas and Marcus Smart already on the roster.