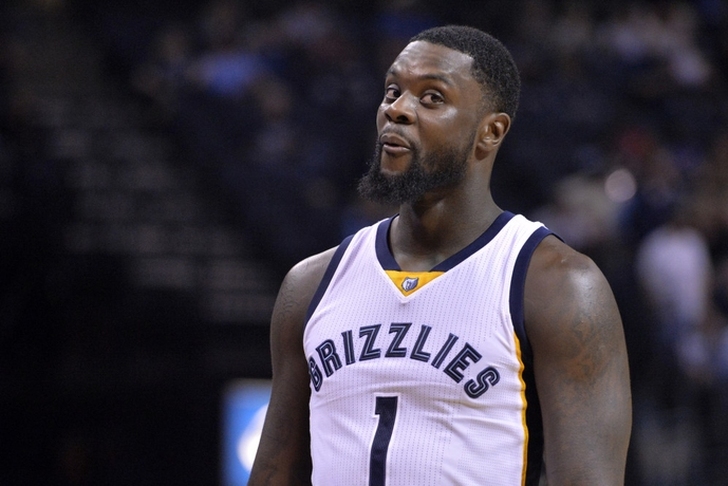 Stephenson to Knicks?
Lance Stephenson is still a free agent, but he may not be one for much longer. The New York Knicks have already expressed some interest in signing him, according to Fansided's James McArdle, that may come sooner rather than later:

There are key moves available to make before October. Those moves have the potential to make the team even more dynamic, versatile, and playoff-worthy.

The most obvious of them is taking Lance Stephenson off the free agency board and signing him to a one-year deal.

With Joakim Noah leading the charge for the starters and Stephenson adding it for the bench, the passion would return and seep into and flow throughout the team’s veins.

His defense can be of a high quality, which is greatly needed for the bench’s backcourt as Brandon Jennings isn’t known to be a great defender. Most importantly, his old school brute style of play is something missing in todays game.

New York is looking to upgrade their depth on the wing behind Courtney Lee and Carmelo Anthony, and they also need a reliable perimeter defender to add to their bench unit. Given Stephenson's past success with defending LeBron James, in particular, the move makes sense.

Stephenson averaged 14.2 points, 4.4 rebounds, and 2.8 assists while shooting 47.4 percent from the field and 35.5 percent from 3-point land with the Grizzlies last season.

Mirotic suffers knee injury
Chicago Bulls forward Nikola Mirotic suffered a knee injury after banging knees with Pistons forward Aron Baynes in Spain's 89-88 win over Australia in the Olympic bronze medal game, and he is undergoing tests to determine the severity of the injury:

Mirotic says he's in more pain now than after banging knees with Baynes. Going for "some tests."

I hear the Lakers have a deal with Zach Auguste, who played for the summer league squad, haven't gotten word on terms

In theory, the Lakers should have enough cap room left to sign Auguste to a partially-guaranteed 3yr deal, but I'm speculating here