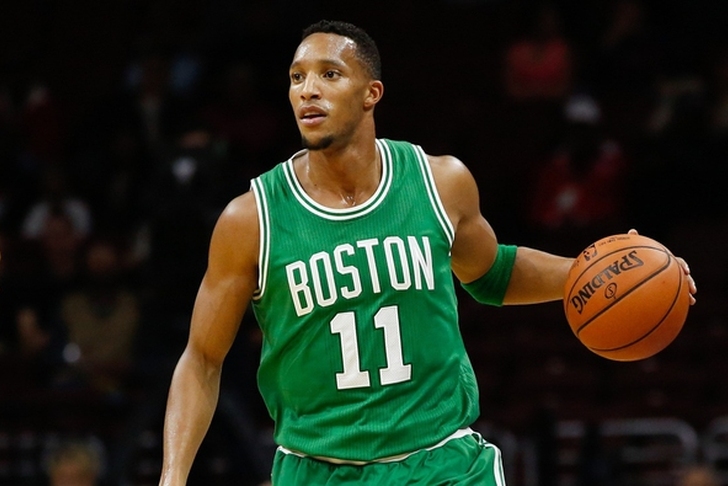 The NBA Finals are underway, but most teams across the league are focusing on their offseason plans. The draft is just over two weeks away and teams are preparing for when free agency begins on July 1. Here are all the latest NBA rumors and news you need to know.

Celtics Trade Options
The Celtics have the No. 3 overall pick this year and have been linked to many a deal. ESPN Insiders Chad Ford and Kevin Pelton discussed a few of those options. Ford says that dealing for Kevin Love, Nerlens Noel or Jahlil Okafor aren't the answers. DeMarcus Cousins would be great, but the Kings don't appear willing to move him. What Ford proposes is Isaiah Thomas, Jonas Jerebko and the No. 3 pick for the Bulls' Jimmy Butler.

Pelton writes that he thinks giving up Thomas or Butler is too much. He thinks Gordon Hayward makes sense, but that the Jazz might not be willing to give him up. Pelton's preferred trade option is to send the No. 3 overall pick for the Nuggets' Jusuf Nurkic. Boston could also go after Nikola Jokic, but that would require more than the No. 3 pick.

Potential Sixers, Knicks Trade?
The Knicks lack a draft pick this year, but they're trying to move back into the NBA draft. NJ.com reports the Knicks could swing a deal with the Philadelphia 76ers. The 76ers hold the No. 24 and No. 26 picks this year, and could deal one of them for a veteran or a future pick. With the 76ers looking to start turning assets into wins, a deal for a veteran is the most likely if a trade happens.

League rumblings: The Knicks are rumored to be interested in soon-to-be unrestricted free agent Evan Turner. The interest may be mutual.

Turner has his flaws (3-point shooting), but he's a quality wing and will provide a boost on defense. Turner could start at shooting guard if Arron Afflalo leaves, or play as the team's sixth man.

Clippers Trading Up?
The Clippers hold the No. 25 and No. 33 draft picks this year, but they're looking to move up in the NBA Draft.

Clippers telling agents they are trying to move up in the first round. https://t.co/Kri2nQtA0M

It's unclear if there's a particular target in mind for Los Angeles. There are several teams would could be interested in moving down in the late teens to early 20s, so it wouldn't be a surprise if the Clippers are able to move up.