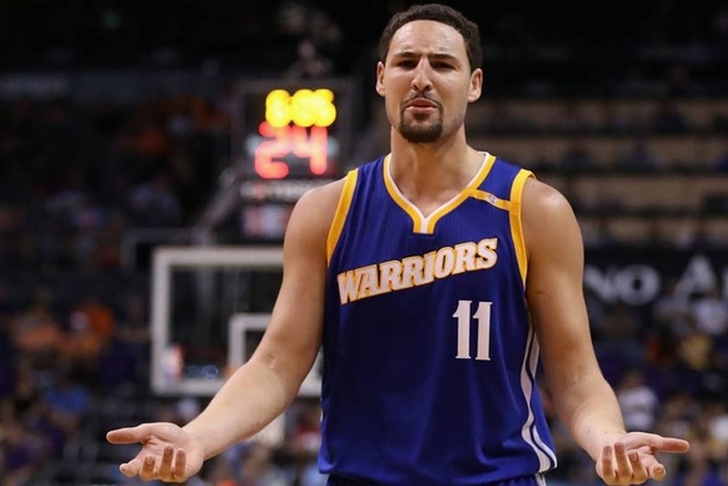 The NBA season is now a couple of weeks old, but there are a plethora of rumors already swirling around the league. Even though the trade deadline is still over three months away, several players already find themselves on the trade block - or at least rumored to be. Here are the latest NBA rumors you need to know:

Warriors are NOT shopping Klay Thompson
Brian Scalabrine started an Internet firestorm on Monday when he told SiriusXM NBA Radio that the Golden State Warriors were open to trading guard Klay Thompson and had talks with the Boston Celtics about a potential deal. However, there is absolutely no truth to that rumor:

On the Klay Thompson-to-Boston front, Warriors are shooting down the notion that there have been any actual talks. Interesting idea though.

Thompson has seen his numbers drop from last season, averaging 18.8 points on just 31.9 percent shooting from three-point range. He has never shot below 42.2 percent from long range in a season in his career.

Kings not looking to trade "right now"
The Sacramento Kings have also found themselves at the center of several trade rumors. Many think there's a strong possibility they trade All-Star center DeMarcus Cousins before the trade deadline, but reports have also indicated that forwards Rudy Gay, Omri Casspi and center Willie Cauley-Stein are also on the trade block.

Sacramento isn't ruling anything out later in the season, but Jason Jones of the Sacramento Bee reports the Kings want to evaluate their team for a few months before making any moves:

The bosses allowing me a football Sunday. But yeah, Kings aren't looking to trade anyone right now, especially players on rookie deals

Kings are happy with WCS approach of late, remember he's yet to play 82 NBA games yet. They think he can still improve a lot

The Kings still want to see a set of games w/ Collison, too, before making judgments on the squad.

The Kings are 10th in the Western Conference with a 4-7 record this season.

Alvin Gentry on the hot seat?
The New Orleans Pelicans have gone from a playoff team to a Western Conference bottom-dweller since Alvin Gentry took over as head coach before the 2015-16 season, and while injuries derailed them last year, a 2-9 start to this season has Gentry firmly on the hot season, reports Sam Amico of AmicoHoops.net.

Several NBA coaches/GMs say Alvin Gentry's coaching seat on fire in New Orleans. May be just matter of weeks, if not days, they believe.

New Orleans went 30-52 last season, good for 12th in the West. Their 2-9 mark this year is the second worst record in the league, ahead of only the Philadelphia 76ers.