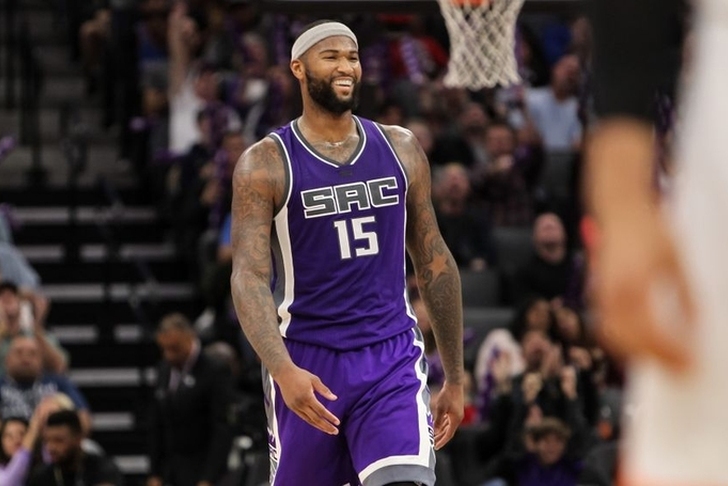 The NBA season is now a month old, but there are a plethora of rumors already swirling around the league. Even though the trade deadline is still over three months away, several players already find themselves on the trade block - and the Sacramento Kings are doing their annual dance on whether to trade DeMarcus Cousins or not. Here are the latest NBA rumors you need to know:

Kings owner wants to keep Cousins
DeMarcus Cousins has found himself at the center of trade rumors for the past several years, and this year reportedly looked like the year he would finally be traded. Now, that's not the case. According to ESPN's Jackie MacMullan, owner Vivek Ranadive doesn't want to trade Cousins.

"I asked about Cousins just recently again, and Vivek Ranadive, the owner of the Sacramento Kings, does not want to trade DeMarcus Cousins. And so as long as that's the case, all this talk is just that. It's talk."

That sentiment is echoed by Ailene Voisin of the Sacramento Bee, who reports that Cousins wants to stay in Sacramento:

Cousins wants to stay and retains strong backing from principal owner Vivek Ranadive. And while Cousins again is among the league leaders in technicals and appears to be gaining weight, so far there have been no locker room outbursts directed at teammates or his head coach. Stats-wise, the seventh-year veteran is averaging career bests in points (27.8) and 3-point percentage (37.0), shooting 46.7 percent from the field and contributing 9.8 rebounds – a drop from 11.5 last year.

Phil Jackson may leave Knicks, eyeing Lakers?
New York Knicks president Phil Jackson can opt out of his contract with the franchise in July, and according to Mark Heisler of the Orange County Register, Jackson may use that opt-out close and join the Los Angeles Lakers:

Jackson and his fiance, Lakers co-owner Jeanie Buss, both deny it's happening. That's absolutely true ... as far as it goes ... until Phil's opt-out on July 1, 2017, with insiders close to both saying he could still wind up with the Lakers.

Not that Jackson is sitting around thinking about the Lakers at present with other immediate challenges, like sticking it to everyone who says he can't do his present job.

Like all issues involving free agency, Phil's availability will depend on the last thing that happens this season. The Knicks' finish will decide if owner Jim Dolan is happy paying Jackson $12 million annually, which will decide if Phil feels like staying. Or maybe it's the other way around. In any case, the situation is fluid.

Splitter out six weeks
Atlanta Hawks center Tiago Splitter hasn't played this season after having hip surgery in the offseason, and the news isn't getting any better about his potential return. According to Chris Vivlamore of the Atlanta Journal-Constitution, Splitter is set to miss another six weeks with a calf strain:

The injury news keeps getting worse for Tiago Splitter. The Hawks reserve center will miss a minimum of six weeks after an MRI exam revealed a Grade 2 right calf strain. The injury was confirmed after the test was performed at the Emory Orthopaedics and Spine Center.

The latest injury is related to both the hip surgery that preceded a right hamstring strain that has kept Splitter out all season.