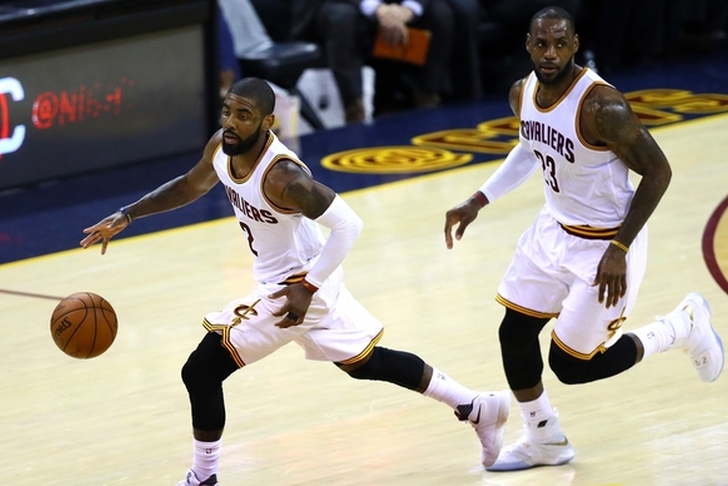 With NBA Free Agency now pretty much in the rearview mirror, the trade market is taking center stage around the league. The Cleveland Cavaliers find themselves in the offseason headlines with Kyrie Irving requesting a trade and there being plenty of questions about LeBron James' future with the team. Here are all the latest NBA rumors you need to know:

Click here for the latest NBA Rumors, including an update on the Carmelo Anthony trade

League sources told ESPN that both [Jimmy] Butler and Karl-Anthony Towns have been doing their part to recruit Irving on the idea of playing alongside them in Minnesota, and they’ve made it known to Wolves management that they want to add the Cavs star to the mix. Butler and Irving became tight in their time playing for USA Basketball together. Towns’ father, Karl Towns Sr., and Irving’s father, Drederick Irving, are connected through the basketball scene in northern New Jersey, where they both reside.

A Minnesota-Cleveland swap would almost assuredly involve Jeff Teague, who cannot be traded until Dec. 15, per league rules, after signing a free-agent contract with the Wolves this summer.

Butler and Irving are very close friends, and with Towns being one of the best young players in the league, Minnesota is a very attractive destination for the four-time All-Star. As Windhorst stated, a deal would likely not happen until mid-December and would include Jeff Teague - and potentially Andrew Wiggins as well.

Kings not offering De'Aaron Fox for Kyrie Irving
The Sacramento Kings were not one of the four teams that Irving told the Cavs he would like to be traded to, but since he doesn't have a no-trade clause in his contract, Cleveland isn't limited to those teams. As such, they have been talking with the Cavs about acquiring Irving but are not willing to trade De'Aaron Fox, according to James Ham of CSNBayArea.

A league source confirmed to NBC Sports California that the Kings have no interest in dealing Fox, who they acquired with the 5th overall selection in June’s NBA Draft. The 19-year-old is considered the future of the franchise at the point guard position and according to the source, any rumor of the team offering him in a deal are false.

Published reports have Irving asking for a trade out of Cleveland. Sacramento was not on Irving’s short list of potential destinations and the likelihood of the Kings coming up with the assets to acquire the four-time All-Star are slim, unless they are willing to completely change course on their rebuild and gut their young core.

Fox averaged 16.7 points, 4.6 assists and 3.9 rebounds per game for Kentucky last season, and the Kings are convinced that he is a future superstar.

Lakers targeting Paul George, LeBron James combo
The Los Angeles Lakers' offseason plans focused on maintaining as much cap space as possible for next summer, when they plan to sign two superstar-caliber players to max contracts.

ESPN's Adrian Wojnarowski said that LA's new front office of president Magic Johnson and general manager Rob Pelinka have been planning for those two guys to be Paul George and LeBron James ever since they took over.