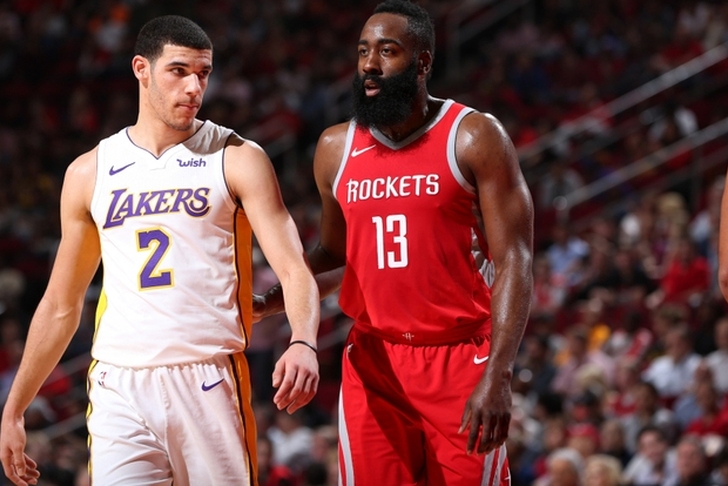 It's New Year's Eve and the ball is going to drop at midnight. To make sure you don't drop the ball on all your NBA news and rumors Chat Sports is bringing you the latest stories. The NBA season never sleeps and just because it's a holiday, that doesn't mean there won't be plenty of storylines to cover.

Here are all the latest news and rumors from the NBA you need to know:

James Harden Is Questionable
Houston Rockets guard James Harden is listed as questionable for Sunday's game vs. the Los Angeles Lakers with a bruised right foot, according to Rockets beat writer Jonathan Feigen.

This news is coming out just two days after Harden tied his season low with 20 points against the Washington Wizards. In his last two games, he is shooting just 34 percent from the field. The poor shooting performances may not be injury related, but it is something to monitor.

Lonzo Ball "Feeling Better"
On Sunday, the Los Angles Times reported that Lakers head coach Luke Walton said point guard Lonzo Ball's sprained left shoulder is "feeling better." Despite that news, Ball - who has missed the last three games - will not play Sunday against the Rockets or Monday versus the Minnesota Timberwolves, according to Tania Ganguli.

Jordan Clarkson will continue to fill in for Ball and over the last three games, he has played well, averaging 19.7 points, 5.6 assists, 5.0 rebounds, and 1.3 steals.

Mike Conley's Achilles Injury Is Progressing Well
Ronald Tillery of the Memphis Commercial Appeal reports that Memphis Grizzlies guard Mike Conley's Achilles injury "appears to have progressed strongly." Conley has been bothered by this injury for about six weeks now, but it looks like there is some light at the end of the tunnel.

Conley has played in 12 games this season, averaging 17.1 points, 2.3 rebounds, 4.1 assists, and 1.0 steals a game. His return will help the Grizzlies who have the worst record (11-25) in the Western Conference.

Tyreke Evans will continue to start at the point guard position until Conley is healthy enough to return.