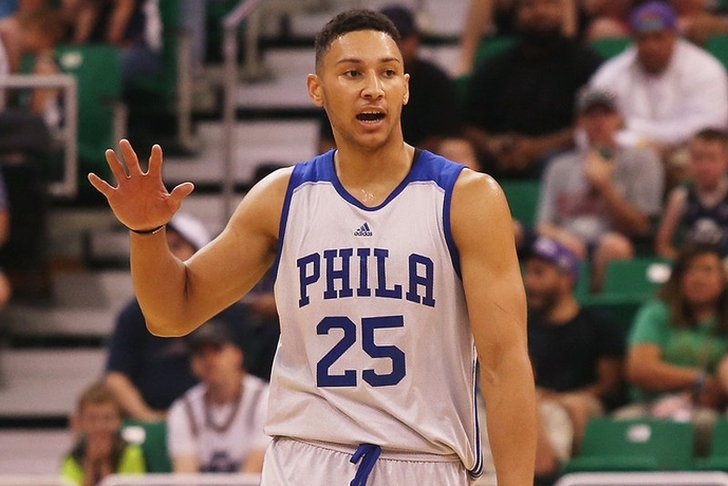 The NBA preseason is now over, and as a result, rosters around the league are starting to take shape. However, there are also a few notable trade rumors floating around in advance of the new season. Here are the latest NBA rumors you need to know:

Simmons out longer than expected?
The Philadelphia 76ers are hoping to get No. 1 pick Ben Simmons back from a broken foot early in the season, but that may not be the case. After saying Simmons was expected to return in January, head coach Brett Brown backtracked, indicating he may be out longer, according to Keith Pompey of the Philadelphia Inquirer:

76ers coach Brett Brown on Friday confirmed that injured rookie star Ben Simmons is expected to return in January. Then he backtracked — sort of.

Then, perhaps after talking to team officials, Brown backed off that statement when the Sixers’ digital content coordinator asked for an update on Simmons hours after his initial comments appeared on Philly.com.

“I was just getting excited about how soon he might be able to come back,” Brown said. “There are so much speculation and dates as a coach you sort of want to hear what you want to hear at a time. I did mention a January hopeful return. That is premature.”

Simmons' agent has mentioned the idea of Simmons sitting out the entire season. He suffered the injury on Sept. 30, on the final day o f training camp.

Heat to trade Dragic?
Miami Heat point guard Goran Dragic's name has been mentioned in several trade rumors over the past month, and with good reason. The Heat are rebuilding, and Dragic is a veteran with value. While Miami isn't looking to deal him now, ESPN's Marc Stein says they could later this season:

The Miami Heat aren’t actively trying to trade ‎point guard Goran Dragic. We know this because if they were, it wouldn’t take the Heat long to find a taker. Around the league, though, there’s a growing sense that Dragic is a name to keep tabs on for those of you (and, yes, we mean everyone) who enjoy the sport unto itself known as NBA Wheeling & Dealing, since Miami is a team rival executives are watching closely.

Rockets coach Mike D’Antoni said he expects guard Patrick Beverley to miss the first 20 games of the season with a left knee injury. Multiple sources said nothing has been decided regarding possible surgery. Beverley is scheduled to see another doctor in next couple of days.

Beverley was expected to start at shooting guard with James Harden moving to point guard. He averaged 9.9 points, 3.5 rebounds and 3.4 assists per game last season.