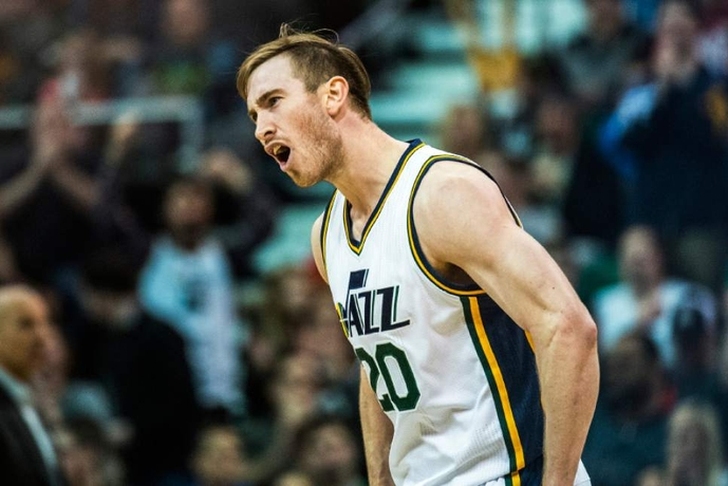 The NBA free agency frenzy has died down, but there are still a few quality players available on the open market. Trade rumors have also started to swirl, specifically centered around the futures of Russell Westbrook in Oklahoma City and Blake Griffin in Los Angeles. Here are the latest NBA rumors and news from you need to know.

Hayward trying to work way to Celtics?
Boston has made no secret about trying to acquire a superstar this season, and after striking out on Jimmy Butler, Khris Middleton and Jabari Parker, they have now turned their attention to Gordon Hayward, according to Steve Kyler of Basketball Insiders:

There is a sense the Celtics would love to pry away Utah Jazz forward Gordon Hayward, who has a player option next year, which few in the NBA believe he’ll exercise meaning he’ll likely be an unrestricted free agent. There were rumors around the draft that Hayward would welcome a trade, but Jazz sources downplayed any reported unhappiness. Still, there is a real risk that Hayward could walk next July.

Jazz sources said it’s highly unlikely the team even considers a trade for Hayward, but that won’t stop the Celtics from checking the temperature there as teams head into the new NBA season in late September.

Hayward played for Celtics head coach Brad Stevens at Butler, and many think that connection would help Boston when he is a free agent next offseason. He averaged 19.7 points and 5.0 rebounds per game last season.

Waiters not signing with 76ers
It appeared that Dion Waiters was preparing to sign with the Philadelphia 76ers after an Instagram post included the phrase #TRUSTTHEPROCESS, but according to Keith Pompey of the Phildelphia Inquirer, it wasn't an indication of him joining the Sixers:

The 6-foot-4, 220-pound free agent had expressed interest in playing for his hometown team.

“That doesn't have anything to do with the Sixers,” a source close to Waiters said. “That’s a mantra that he and his trainer have made for a while. When things weren't doing well at Syracuse, they would say ‘trust the process.’  Whenever he goes through a tough time, he says ‘trust the process.’  Right now, he’s trusting the process of free agency.”

A league source said talks could resume with Waiters and the Sixers. However, the source said some within the franchise don’t want to add Waiters after what the team went through with Jahlil Okafor last season.

The source added that some in the organization are interested in Waiters. However, concerns over the South Philly native's being a good fit and possible off-the-court incidents might be too much for the franchise.

Waiters became an unrestricted free agent earlier this week when the Thunder pulled their qualifying offer. The Nets are now the favorite to sign Waiters, who averaged 9.8 points and 2.6 rebounds per game last season.

Mavs increase deal to Nowitzki
Dirk Nowitzki originally agreed to a two-year, $40 million deal to re-sign with the Mavericks this offseason, but now that the terms are official, Dallas has given him $10 million more.

Dirk Nowitzki and the Mavs have finalized his new contract, with Dallas upping the deal to $50 million over two years, league sources say.