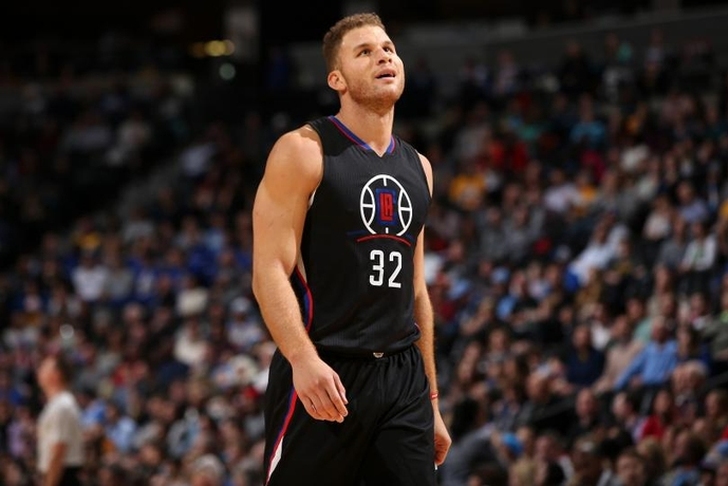 We're over two weeks into NBA free agency and most of the big names have agreed to deals with teams, but there are still a few quality players available. There are also a few interesting trade rumors coming out of Summer League, specifically centered around the future of Russell Westbrook in Oklahoma City. Here are the latest NBA rumors and news from you need to know.

Griffin's health holding up trade to Celtics?
Blake Griffin's name has been floated in several trade rumors this offseason, and the Celtics are the team that has been pursuing him the hardest. Many thought that Boston was simply kicking the tires on a trade, but it turns out to be more serious than that - and that Griffin's leg injury is keeping talks from developing further.

The Boston Celtics already added Al Horford in free agency, but after failing to sign Kevin Durant, they are looking to add another star to the roster. Two stars the Celtics have been rumored to have an interest in acquiring are Russell Westbrook and Blake Griffin.

A trade for Westbrook may be more of a pipedream than anything, but a potential Griffin trade could be completed, if his health checks out.

Though, with the Boston Celtics vying for a trade for Griffin, some executives believe his torn quad is more serious than he’s leading on. According to sources of Steve Bulpett of the Boston Herald, one executive around the association stated, “I still think there’s a concern with his leg. We looked into him, and we’re hearing that’s a pretty serious thing. I’m not saying you don’t go after him, but you’d better be really sure about that leg before you go making any big commitments.”

Griffin has been dealing with a left quad injury that limited him to just 35 games last season, and he is skipping the 2016 Rio Olympics to help the injury fully heal. He averaged 21.4 points, 8.4 rebounds and 4.9 assists per game last season.

Smith leaving Cavs?
J.R. Smith seems to have found a home playing alongside LeBron James with the Cavaliers, but he still declined his player option after winning the championship to take advantage of the rising salary cap. Many expected him to re-sign with Cleveland, and while the Cavs want to bring him back, Smith told ESPN that he has thought about leaving Cleveland.

The Brooklyn Nets and Philadelphia 76ers have also expressed interest in signing Smith, and while those teams can offer more money than the Cavs, they aren't playoff teams.

Smith averaged 12.4 points on 40 percent three-point shooting last season, including 10.6 points per game in the Finals.

Wizards keeping Gortat
The Wizards signed free agent center Ian Mahinmi to a four-year, $64 million deal this offseason, raising questions about Marcin Gortat's future with the team. According to CSN Mid-Atlantic's J.Michael, Gortat shouldn't be worried - his starting spot isn't even in jeopardy:

Marcin Gortat is the starting center. Multiple league sources, as late as Friday night, told CSNmidatlantic.om that it’s not in the cards to make a move with the 6-11 center because of Ian Mahinmi’s signing (four years, $64 million). Of course, it's never safe to say never but as for now that appears to be the case.

Gortat averaged 13.5 points and 9.9 rebounds in 75 games last season, while Ian Mahinmi averaged 9.3 points and 7.1 rebounds for the Pacers.

Evans to miss start of season
A huge rash of injuries killed the New Orleans Pelicans' chances of making the playoffs next season, and they won't start the 2016-17 season healthy, either. Head coach Alvin Gentry told ESPN's Zach Lowe that starting guard Tyreke Evans will miss the start of the season as he recovers from knee surgery:

Evans has had three right knee procedures over the course of the past nine months. He averaged 15.2 points, 6.6 assists and 5.2 rebounds in 25 games last season.