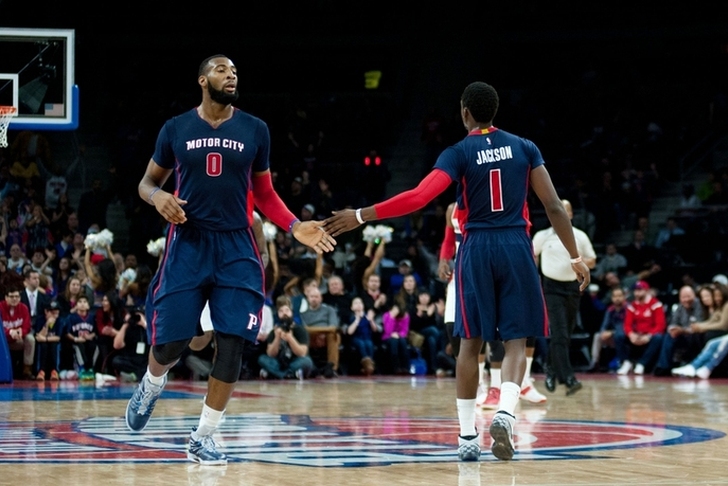 The NBA Trade Deadline is exactly one week away, and as the All-Star break approaches this weekend, rumors are flying about which players may be moved as teams try to improve their rosters or flip veterans for future assets. Check out the latest NBA trade news & rumors below.

Paul George, Jimmy Butler not available
Various reports have indicated that Indiana Pacers forward Paul George or Chicago Bulls guard Jimmy Butler may be available at the deadline, but that is absolutely not the case, according to Steve Kyler of Basketball Insiders.

League sources sort of joked at the idea of either Chicago guard Jimmy Butler or Pacers forward Paul George being obtainable in trade at the deadline, saying “You can always call, every team answers the phone during the All-Star break.”

The consensus on both Butler and George is that neither team, Chicago nor Indiana, would actually consider a serious offer at this point, mainly because moving either player would require an open roster spot to consummate and neither team really has one. Compound that with the notion that neither the Bulls nor the Pacers would concede their season now for a deal they could easily revisit in the offseason after whatever playoff run their respective teams have.

As one source said, “You can always call” but they viewed anything involving Butler or George at the deadline as very unlikely long-shots.

Both George and Butler are All-Stars this season, and both of their respective teams are looking to secure playoff berths. The Pacers currently hold the No. 6 seed in the Eastern Conference, and the Bulls hold the No. 7 spot.

They needed talent; they would figure out the rest later. The figuring it out part has been harder than expected, especially with both Jackson and Drummond plateauing. Detroit has quietly explored the trade market for each of its franchise centerpieces, according to sources across the league, and come away disappointed with the potential return. (Van Gundy himself has said anyone is available for “the right price.”)

Any Drummond deal at the deadline is an extreme long shot, but Jackson remains in play for Minnesota, Orlando, New Orleans, or some mystery destination. Even if Detroit keeps him, missing the playoffs would put dramatic changes on the table this summer.

Hawks looking to trade Tiago Splitter, others
The Atlanta Hawks are another team that is expected to be active over the next week, with several players on expiring deals that could be dealt, according to Chris Vivlamore of the Atlanta Journal Constitution:

In addition, Tiago Splitter could be moved with his $8.5 million salary attractive to some teams. Splitter has been injured and has not played a game this season. Splitter is one of several players with expiring contracts including Thabo Sefolosha, Kris Humphries, Mike Scott and Mike Muscala. Tim Hardaway Jr. is a restricted free agent and Millsap can opt out of the final year of his contract. The Hawks have had discussions with teams about Sefolosha and Hardaway.

Follow our NBA news page for all the latest NBA trade rumors!