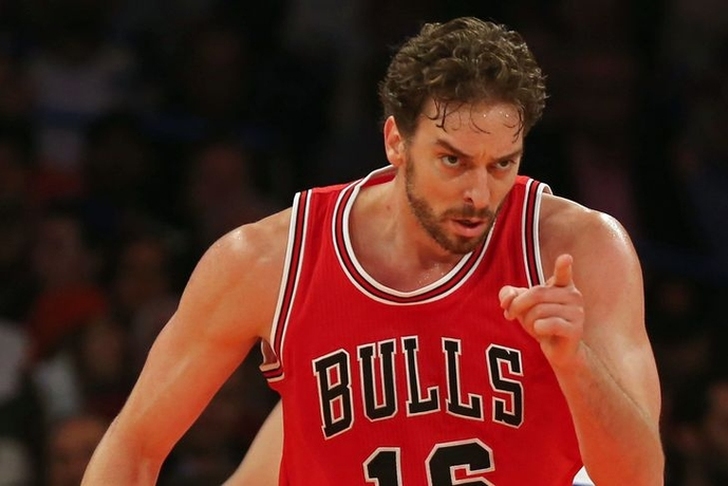 With NBA free agency in full swing, the rumors and deals are coming fast and furious. With the cap rising, players are landing lucrative deals, especially compared to previous seasons. With Kevin Durant signing with the Warriors, many other pieces are starting to fall into place. The rumor mill is buzzing with meetings and contracts, and we're here to get you caught up on what's happened so far. Here are all the latest NBA rumors and news you need to know.

Gasol to Spurs
Pau Gasol and Durant were the Spurs' top two free agent targets, and when it became clear that San Antonio was out of the Durant sweepstakes, they moved quickly to snatch up Gasol, as reported by Adrian Wojnarowski.

The move allows the Spurs to pair Gasol along with LaMarcus Aldridge in the front court, and gives San Antonio another high-IQ player. Gasol, a tremendous passing big man, should fit in beautifully with Gregg Popovich's system. In addition, Gasol provides a replacement for Tim Duncan, who is rumored to be leaning towards retirement. Gasol averaged 16.5 points and 11.0 rebounds per game last season with the Bulls.

Bogut to Mavs
Needing to clear up space for Kevin Durant, the Warriors were keen on moving Bogut, and according to Marc Stein, Bogut's new home will be in Dallas.

Dallas and Golden State have agreed to an Andrew Bogut trade, sources say

Bogut, now 31, spent the last four seasons in Golden State, averaging 5.4 points and 7.0 rebounds per game this past season. Bogut has had injury issues in the past, but Dallas is hoping he can stay healthy and return to being a strong presence inside.

Barnes to Mavs
Dallas is also the new home to another former Warrior, this one Harrison Barnes. Barnes had expressed interest in staying with Golden State, but once Durant came on board the Warriors had no way to keep Barnes as well. The Mavericks locked up Barnes for four years according to Marc Stein.

Barnes, the former seventh overall pick in the 2012 NBA draft, averaged 11.7 points and 4.9 rebounds per games this past season with the Warriors. Dallas is hoping he will be able to showcase his abilities more now that he's not taking a back seat to the likes of Curry, Thompson, Green, and Iguodala.

Ezeli out of Golden State, Portland Next?
The Warriors had to show the door to another one of their players, Festus Ezeli, as a result of the Kevin Durant signing, Marc Spears reports. The Blazers are one team that have shown early interest in Ezeli, according to Joe Freeman.

With arrival of Durant, source says the Warriors will renounce their rights to the center Festus Ezeli making him an unrestricted free agent

According to a source, the Blazers have expressed interest in free agent center Festus Ezeli.

Ezeli played in a primarily backup role to Andrew Bogut with the Warriors, but has shown the ability to be a strong rim protector and an ability to finish around the rim. Portland would make sense as a destination for Ezeli, as they have a strong backcourt in Lillard and McCollum, but need help inside.

Livingston back with Warriors
One player the Warriors are able to retain even with the addition of Durant is Shaun Livingston, according to Marc Spears.

Guard Shaun Livingston has been told Warriors will pick up his team option paying $5.8 million for next season, source told @TheUndefeated.

This is an important move for the Warriors, as Livingston is a versatile player who has provided Golden State with solid minutes off the bench, and a strong veteran leadership. Livingston averaged 6.3 points and 3.0 assists per game last season, and will come off the bench again as the Warriors go after another title in 2017.

Sessions to Hornets
Another move around the NBA, this one unrelated to the Durant sweepstakes, was Ramon Sessions signing on with the Hornets, as reported by Adrian Wojnarowski.

Sessions returns to Charlotte where he played during the 2012-13 and part of the 2013-14 seasons. Sessions will be the backup to Kemba Walker, and should provide a solid veteran presence for a young Hornets squad. Sessions has been in the league nine years and averaged 9.9 points per game this past season in Washington.