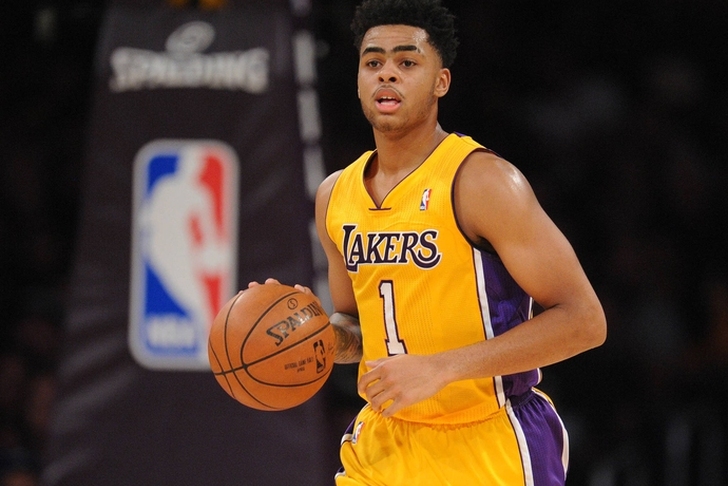 The NBA Finals will end after Game 7 on Sunday, but the vast majority of teams across the league are already focusing on their offseason plans. The draft is less than a week away, and teams are preparing for when free agency begins on July 1. Here are all the latest NBA rumors and news you need to know from around the league:

Could Lakers Trade D'Angelo Russell?
The Lakers have shown interest in top 10 prospects not named Brandon Ingram or Ben Simmons, and that's led to rumors they could make a trade back into the top 5 or 10. One way the Lakers could try to do that is to trade D'Angelo Russell, reports Chad Ford of ESPN Insider.

"I think we all assume that Ingram's going to be the guy at No. 2, but they've brought in Marquese Chriss, they've taken a long look at him," Ford said on SportsCenter. "They've brought in Dragan Bender, Jaylen Brown, and while I still believe that it will be Ingram at No. 2, the Lakers have explored other options. And again I think the concern with Ingram is his lack of strength and how NBA-ready he's going to be because of that. I think more likely the Lakers are trying to pick up another pick in this draft in the top five and the guy that they have that they can shop is D'Angelo Russell, a guy who was their No. 2 pick in the draft last year but burned some bridges in the locker room."

While the Lakers could want another top 5 pick, it'd be a surprise to see them trade Russell, last year's No. 2 overall pick, to get it.

Thunder not worried about losing Kevin Durant
Durant's free agency has been the hottest topic in the NBA for the past year, but he may not be going anywhere. Despite being linked to teams like the Lakers, Spurs and Warriors, the Thunder don't seem to be worried about him going anywhere.

Oklahoma City Thunder general manager Sam Presti still doesn’t sound scared about Kevin Durant’s free agency. Presti said at the end of the Thunder’s season that he was excited about talking to Durant about the future of the team, and he did not deviate from that in an interview with Ken Berger and Jody McDonald on CBS Sports Radio’s Eye On Basketball show. “I have no insight into what Kevin’s decision ultimately will be, and I can’t speak to what the actual process might be — that’s for him and his representation to determine,” Presti said. “Obviously we’ll be taking part in it and taking our cues there. But as I said earlier, I think for us it’s an opportunity to be pretty excited about, quite frankly, to really get excited about and lean into because we have the opportunity to sit down with not only a player but a person that has really defined the Thunder, and I would say Oklahoma City for that matter as well, for the better part of a decade. And at the same time, it’s also someone that we know and that knows us and that we communicate with over a long period of time.

“It’s a chance to reflect on that relationship and then, I think, really get excited about what could be an incredibly bright future together,” Presti continued. “I’d like to think that we’ve been preparing for these types of things and for this particular occasion for the nine years that we’ve been together.”

Durant is expected to sign a two-year deal (with a player option for the second year) with the Thunder this offseason to maximize his earning potential when the salary cap goes up again next season. Assuming his declines his second-year option to make that happen, both him and Russell Westbrook will be unrestricted free agents in the summer of 2017.

Celtics to take Jaylen Brown?
Brown had a relatively unimpressive season at Cal, but he has locked up his place as a high lottery pick thanks to this combination of size, strength and athleticism. Several teams in the top five have done the most research on Brown, according to CBS Sports' Jon Rothstein.

In fact, the Celtics might be bringing Brown in for a second workout.

Told it's Boston tomorrow where Jaylen Brown has been summoned. Distinct possibility: Dunn, Murray, Bender, Hield all left at 5. #twolves

Brown reportedly nailed his workout with Boston, and he has the high-level potential the Celtics want - if they keep the pick. Boston has been "aggressively shopping" the No. 3 pick in an effort to land a superstar, most notably Jimmy Butler.