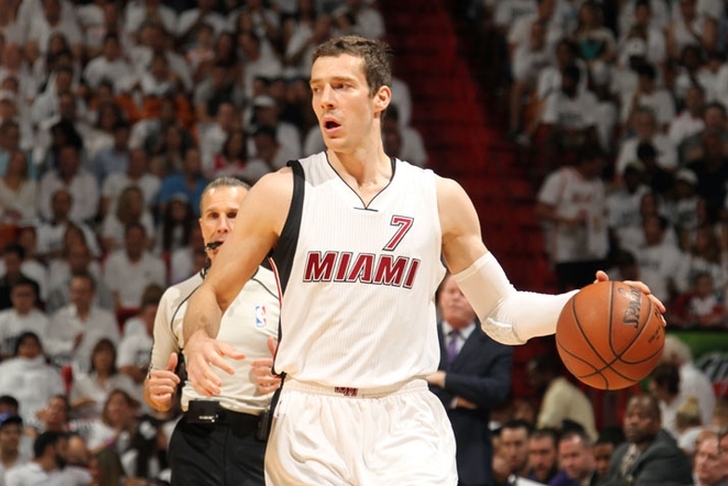 There is only a week left in the NBA preseason, and rosters around the league are starting to take shape. However, there are a few notable trade rumors floating around as well as questions surrounding the health of a few stars. Here are the latest NBA rumors you need to know:

Dragic not seeking trade
Miami Heat point guard Goran Dragic was rumored to be unhappy with the team and looking for a trade after Dwyane Wade signed with the Bulls and Chris Bosh being sidelined by health problems, but according to Ira Winderman of the South Florida Sun-Sentinel, that is not the case.

Dragic said he was surprised how his words were misconstrued across social media, including some posts in his native Slovenia tongue. “I don’t have any comments about not wanting to be here,” he said. “That is nonsense.”

“He asked me that question: Didn’t I sign to be part of a great team, championship team? I said, ‘Yeah, of course.’ Then I said sometimes your career, this is business, you cannot have every decision go the way you want it on your own. This is a team decision. Sometimes you need to do two steps back to go one step forward. I’m happy to be here. This is the team that I want to be here. But I understand this is business.”

But he made clear, in an emphatic tone Friday, that he has no such issues with the Heat, even with Wade gone and Bosh away from the team, now working with a more youthful, untested roster that features 10 new players this preseason. “It’s not even close,” he said. “I’m happy here. This is the team that I want to be part of. And I feel great. I feel comfortable.We are building something here that is totally new, but I have a lot of confidence that we’re going to succeed, because we have a lot of young talent that is working hard. I feel awesome.”

Dragic wanted to be traded to and then re-signed with the Heat because he said he wanted to play for a championship contender. Miami comes into the season projected to miss the playoffs.

After a contract stalemate that had consumed nearly the first three weeks of training camp, J.R. Smith and the Cleveland Cavaliers have reached an agreement on a four-year deal worth $57 million, according to league sources.

Sources told ESPN that Smith and the Cavs came to terms Friday night on a pact that will guarantee the mercurial shooting guard $45 million over the next three seasons.

The fourth season of the contract is not fully guaranteed, sources told ESPN's Brian Windhorst, at which point Smith will be 34. But sources say Smith's final season will become fully guaranteed unless the Cavs waive him shortly after the 2018-19 season.

"Bringing J.R. back as part of our core group was a priority for us. He's a special part of this family and we are very pleased to have reached an agreement that we all can feel good about. We know he can't wait to get back on the court with his brothers and we are certain that everyone in this organization and city feels the same way."

Cleveland waived guard Toney Douglas to make room for Smith on the roster. He averaged 12.4 points and 2.8 rebounds per game last year, and set a franchise single-season record with 204 made three-pointers.

Mahinmi out 4-6 weeks
New Washington Wizards center Ian Mahinmi will be out for 4-6 weeks after undergoing knee surgery to repair a partially torn meniscus, the team announced. He suffered the injury in Thursday's preseason game against the 76ers.

Washington signed Mahinmi to a four-year, $64 million deal this summer. He averaged 9.3 points and 7.1 rebounds in 25.6 minutes per game with the Pacers last season.