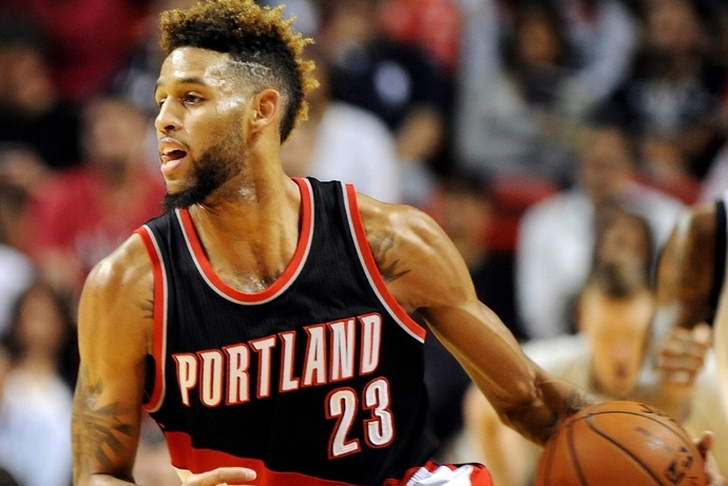 NBA free agency is already a week old, and while most of the big names have been taken off the market, there are still several quality players available. Here are all the latest NBA news & rumors you need to know:

Warriors facing cap problems?
Golden State pulled off the biggest signing of the offseason in landing Kevin Durant, but according to ESPN's Brian Windhorst, they may have trouble keeping him past this season.

In a surprise turn, the NBA is pulling back on its salary-cap projection for the 2017-18 season, according to a league memo obtained by ESPN, and it could complicate the Golden State Warriors' efforts to keep their new super team together.

The league previously projected the 2017-18 cap to hit $107 million but lowered that number to $102 million Thursday and lowered the luxury-tax-line projection from $127 million to $122 million.

This will affect teams' planning for 2017 free agency -- specifically the Warriors. Kevin Durant is signing a contract Thursday that will allow him to re-enter the market as a free agent next summer. Because the Warriors will not have his full rights at that time, they will have to create $33.5 million in cap space if Durant wants a new max contract.

Durant is expected to opt out of his contract next summer to get that max deal, but Stephen Curry and Andrew Iguodala will also be free agents. Curry is a no-brainer to also receive a max deal, leaving the Warriors to find ways to get creative to keep everybody.

Crabbe hoping Blazers don't match Nets offer?
The Brooklyn Nets signed Blazers shooting guard Allen Crabbe to a four-year, $75 million offer sheet, guaranteeing him a massive pay raise from the $947K he made last season. Portland has three days to match that offer to keep Crabbe, a restricted free agent, but he may be hoping they don't.

According to CSNNW.com's Jason Quick, Crabbe wants to start - an opportunity the Nets have promised to give him.

Brooklyn has promised Allen Crabbe he will be a starter. Crabbe wants that role. Does not want to be in Portland if he comes off bench.

Crabbe is expected to back up Damian Lillard and C.J. McCollum again next season in Portland. He averaged 10.3 points and 2.7 rebounds per game last season.

Saric not joining Sixers this season?
Philadelphia drafted Croatian big man Dario Saric with the No. 12 overall pick in the 2014 draft, and they anticipated him joining them for the upcoming season. Saric even said as much in June, saying everything was going the way of him going to the NBA this year.

Now, that doesn't appear to be the case. According to The Morning Call's Tom Moore, Saric will play one more season in Turkey before joining the 76ers for the 2017-18 season:

But the combination of all the money Saric would be leaving on the table by not playing a third season in Turkey and the Sixers picking Ben Simmons, who also is a power forward, No. 1 in the June 23 draft, has a league source believing it's not going to happen.

"He makes 1.5 million Euros [$1.66 million U.S.] playing in Turkey," said the source Thursday night. "It's a comfortable living. Why come over and risk that and go back to the rookie-scale contract when you've completed two-thirds of not having to be on the rookie scale?"

By comparison, forward Nikola Mirotic chose to play three years in Spain after the Bulls selected him No. 26 in 2011, resulting in Mirotic signing a three-year, $17 million deal with Chicago in 2014. Had he come over after two seasons in Spain, he'd have been on the books for four years and $5.2 million.

"[Saric's parents are] counting every dollar because this is their gravy train," the source said.

Saric is also concerned about playing a backup role behind Simmons, and does not want to come over to be a backup.

Boston to let Sullinger, Zeller walk?
The Celtics have two of the better restricted free agents remaining in Jared Sullinger and Tyler Zeller, yet they may decide to let either player (or both) walk if they sign a lengthy offer sheet, according to ESPN's Chris Forsberg.

The Celtics have decisions to make on two other young big men in Jared Sullinger and Tyler Zeller. Both players are restricted free agents after Boston tendered qualifying offers in late June. The Celtics are unlikely to sign either to the sort of long-term, big-money deal that might compromise their salary flexibility, but they’d certainly consider short-term deals (particularly if neither received an offer sheet and settled for the qualifying offer).

Ainge also said that the Celtics are "not done" making moves, so we could see either player involved in a sign-and-trade deal.