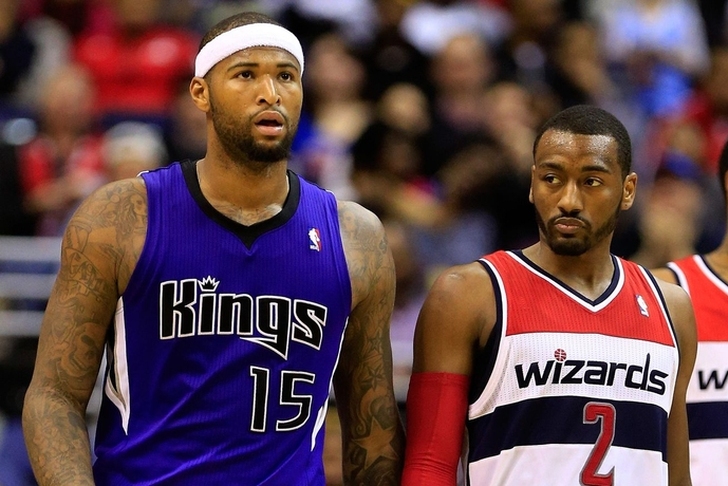 With the Olympics now well in the rearview mirror, the NBA world is at a quiet point until training camps start next month. However, there are a few notable free agents available and trade rumors that are still creating buzz. Here are the latest NBA rumors you need to know:

Cousins leaving Kings if he's not traded
It's no secret that DeMarcus Cousins has been unhappy with the Sacramento Kings over the last several years, and he is expected to bolt as soon as he gets a chance. According to Zach Harper of CBS Sports, Cousins will sign elsewhere when he's a free agent in 2018 if he is not traded by then:

The hiring of Dave Joerger this offseason is supposed to be the new way of harnessing the raw, impressive impact of Cousins on the court with competent, steady leadership from the sidelines. Joerger isn't as fiery as Malone was, but they have a similar approach to the game. This is where the organization may finally be getting out of its own way with its ninth coach in 11 seasons -- assuming they can keep this marriage going longer than what happened with Karl and Malone.

In the process, there is a cloud of drama and the seemingly inevitability hanging over the franchise's head. Many people around the NBA expect Cousins to leave Sacramento when he becomes a free agent in 2018.

"They're fooling themselves if they think he's sticking around," said one league executive. "The good news for them is his value will always be high. There isn't a point of no return in which you're not getting high value for him. Teams will bid against each other in the trade market. Maybe [Cousins] doesn't go for the biggest money in free agency but you'd love to have that card to play."

If that's the case, the Kings should be using the next season and a half to find the best possible trade scenario in which they return a package of prospects and flexibility like the Timberwolves received when they traded Love. And yet, for now the Kings are hoping Joerger can quickly build the trust of Cousins in a way that makes him feel like the tide is turning and he should stick with the program.

The Boston Celtics are known to have interest in trading for Cousins, but the Cleveland Cavaliers have also thrown their name into the mix, as have the Chicago Bulls. Cousins has also expressed a desire to play for the Los Angeles Lakers.

Wall "rankled" with Beal, Harden
Washington Wizards guards John Wall and Bradley Beal revealed that they're working on their on-court relationship under new head coach Scott Brooks, and that has caused many to wonder about why the two don't exactly get along. According to Kevin O'Connor of The Ringer, Wall doesn't like how much money the Wizards gave Beal - and Beal doesn't like Wall's work ethic:

Wall has previously expressed displeasure over the fact that Reggie Jackson received a similar deal. Then, last August, James Harden signed an incentive-laden 13-year, $200 million shoe deal with Adidas, while the company offered Wall a deal worth only $7.5 million annually. According to The Vertical, Wall declined the offer because he wanted “Harden money.” A few months later, Wall fired his agent, Dan Fegan, and hired Rich Paul. Maybe Adidas is second-guessing their decision after seeing Harden’s shoe design, but in any case, that’s not the only time Wall has been irked by The Beard. A front-office executive tells The Ringer that Wall was “rankled” after Harden signed a four-year, $118 million extension with the Rockets.

If Harden’s contract was irritating, just imagine how Wall felt when Beal signed for a five-year max contract worth $127.2 million, tied for the fourth-most-valuable contract in the NBA. An agent described it to me like this: “Whatever is public, multiply it by five and that’s how they really feel about each other. It’s probably a total disaster.”

Wall and Beal have never clicked for the same reason the jocks and the geeks don’t sit at the same lunch table in high school. They’re fundamentally different, I’m told. Wall likes to party, but Beal doesn’t get out much. Beal spends tons of hours in the gym, but Wall doesn’t, and is still a significantly better player, a three-time All-Star. Beal is a complementary player, a zero-time All-Star, and will be getting paid $17.1 million more over the next three seasons.

76ers trade Marshall to Jazz
The Philadelphia 76ers have traded point guard Kendall Marshall to the Utah Jazz, according to Adrian Wojnarowski of The Vertical, but he won't be in Salt Lake City for long:

Sixers are still evaluating whether Pleiss will be a part of roster this season -- or waived, league sources tell @TheVertical.

Marshall had a $2 million salary for this season, which would have been guaranteed tomorrow if he was still on a roster somewhere. The 7'3" Pleiss is on the books for $3 million this season, but has only $500K guaranteed for the 2017-18 season.