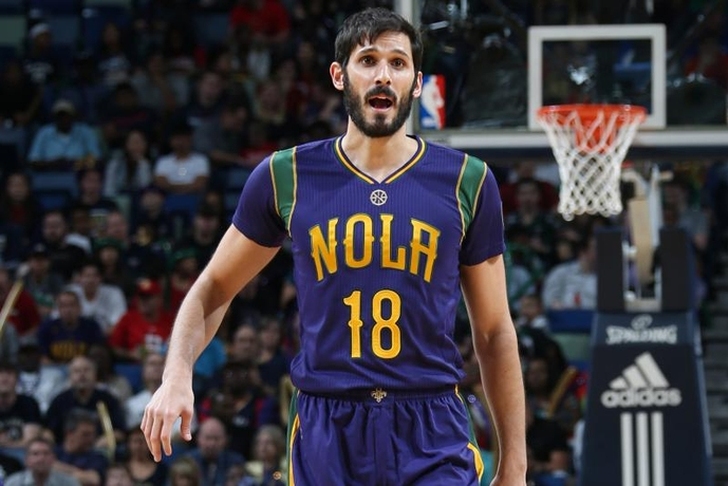 The NBA playoffs are rapidly approaching. There aren't many moves being made at this point in the season, but there are still some rumors and news floating around the Association. Here's are all the latest NBA rumors and news you need to know.

Omri Casspi is closing on a deal with the Minnesota Timberwolves, according to league sources

Casspi has been recovering from a broken thumb, which caused the New Orleans Pelicans to release him after netting him in the DeMarcus Cousins trade. The Timberwolves are 4.5 games out of 8th place in the Western Conference, meaning they still have a (slight) shot. Casspi would provide a veteran presence and more wing shooting.

Can confirm Grizzlies small forward Chandler Parsons having meniscectomy procedure on left knee Monday, and will miss rest of season.

This is the third knee surgery in as many years for Parsons. He's played in only 34 games this year, putting up just 6.2 points and 2.5 rebounds.

Knicks Don't Like The Triangle?
The Knicks season of turmoil continues, with the offense now generating issues. ESPN's Ian Begley reports most Knicks players aren't fans of the decision to run more of the Triangle offense.

Since the All-Star break, the Knicks have re-emphasized the triangle, which is [Phil] Jackson's preferred offense. Jackson may eventually be able to find players who excel in -- and appreciate -- the triangle. But the majority of current Knicks aren't comfortable in -- and don't care for -- the offense, according to sources.

That's more problems for a Knicks team that has failed to even approach most of the expectations this year. At least New York has Kristaps Porzingis to build around.