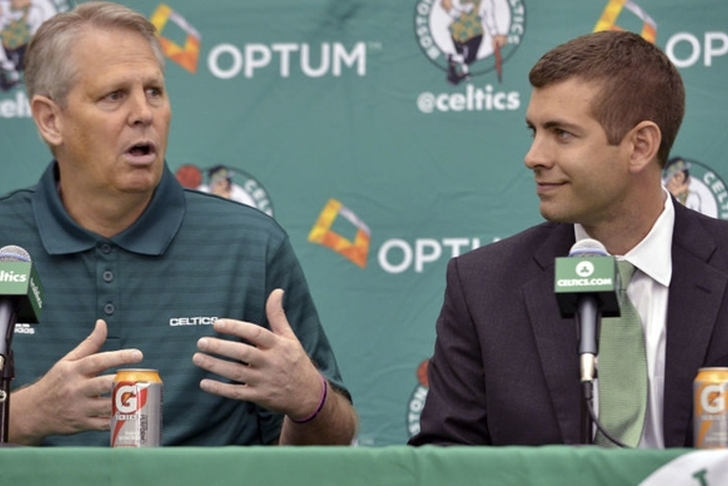 The NBA free agency frenzy has died down, but there are still a few quality players available on the open market. Trade rumors have also started to swirl, specifically centered around the futures of Russell Westbrook in Oklahoma City and Blake Griffin in Los Angeles. Here are the latest NBA rumors and news from you need to know.

Celtics still looking to make a trade
The Boston Celtics haven't been shy about their desire to land a superstar via trade this offseason, and after striking out on Jimmy Butler, many thought Boston was done. However, according to Steve Kyler of Basketball Insiders, the Celtics are still looking to make a deal for whoever they can get.

The Celtics, for most of the last year, have been as active as anyone on the trade front, trying to pry away an impact player using the treasure trove of young players and draft picks the team has collected over the last few seasons. During the march up to the draft, the Celtics tried to engage on guys like Chicago Bulls guard Jimmy Butler and Milwaukee Bucks swingman Khris Middleton, only to find little interest from those two teams.

But even with two new parts in the puzzle, league sources continue to label the Celtics as being one of the most aggressive teams in trying to consummate a trade.

While some of the names said to be available are not nearly as sexy as say Butler or Middleton, the Celtics continue to look for deals.

Boston would love to re-unite Gordon Hayward with Brad Stevens, but the Jazz aren't willing to trade him. They have also expressed serious interest in acquiring Jahlil Okafor from the 76ers.

Milwaukee's Greg Monroe and Sacramento's Rudy Gay are thought to be the two biggest names that have been openly placed on the trade block.

Wade nearly joined Knicks?
Dwyane Wade shocked many around the league when he left the Miami Heat to join the Chicago Bulls, but according to Carmelo Anthony, Wade nearly signed with the Knicks.

Carmelo reveals NYK had "a chance" to sign Dwyane Wade but timing wasn't right. "If it was 2 days earlier we probably would have had D-Wade"

Considering this news, it's clear that Wade was not planning on returning to Miami after the Heat initially lowballed him with an offer. Wade averaged 19.0 points, 4.6 assists and 4.1 rebounds per game last season.

Rockets to let Terry walk
The Houston Rockets have decided not to re-sign veteran guard Jason Terry, according to SiriusXM NBA Radio:

Jason Terry just confirmed to us on @SiriusXMNBA he was notified by the Rockets a few days ago he will not be brought back to Houston.

Terry has spent the last two seasons with the Rockets. He averaged 5.9 points and 1.4 assists in 17.5 minutes per game last season.