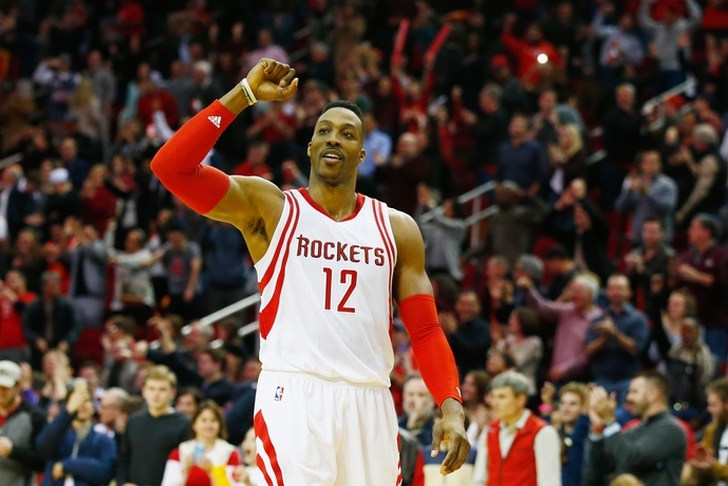 The start of NBA Free Agency is just two days away and teams are narrowing their focus on which free agents to pursue once the chaos begins on July 1st. With the cap rising, many players are due to get substantial raises this offseason. The NBA rumor mill is starting to churn, so here are the latest NBA rumors and news you need to know.

Celtics And Hawks After Howard?
Dwight Howard has set up meetings with two teams. The Boston Celtics and Atlanta Hawks have secured those meetings, reports ESPN. Howard will meet with up to five teams, and a return to the Rockets unlikely. The Miami Heat could also try to secure a meeting. The Celtics and Hawks need center help, especially if Al Horford leaves Atlanta. Howard isn't the scorer he once was, but he can still provide defense and rebounding.

Utah is making G Trey Burke available via trade, league sources say, after the recent deal for George Hill and with Dante Exum coming back.

As Stein hints at, the presence of Hill and Exum makes Burke expendable. He was the No. 9 overall pick out of Michigan in the 2013 NBA Draft, but averaged a career-low 10.6 points per game last year. However, he's coming off his best shooting percentage season ever. It's unclear what the Jazz are looking for in return.

Saric Joining 76ers?
It seems that 2014 first round pick Dario Saric is set to join the Philadelphia 76ers this offseason. He spoke with Croatian reports Wednesday and announced his plans to head to the U.S. The translated version of his comments are below.

Dario Saric's quotes from today, on going to the NBA / #Sixers THIS season: pic.twitter.com/P3UDmVuOfR

Saric is a 6-foot-10 forward, and was the No. 12 overall pick in the 2014 draft. He's a small forward like Ben Simmons, but provides the 3-point shooting Simmons (and much of the 76ers team) lacks.

Wizards Targets?
The Wizards are out on the chase for Kevin Durant, but have other targets in mind.

Names that keep coming up as top targets for the Wizards in free agency, league sources say, are Al Horford, Ryan Anderson and Nicolas Batum

Reports of them chasing Anderson are not new, but they haven't been linked to Horford or Batum as often. Horford will draw plenty of interest, and it could force the Wizards to move on from Marcin Gortat. Batum is expected to stay in Charlotte. In addition, the Wizards are going to "quickly" enter negotiations with Bradley Beal to keep him in D.C.