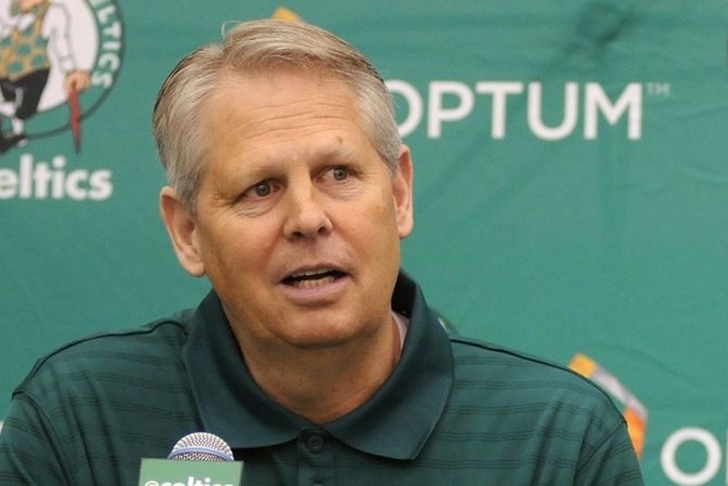 The NBA Finals are in full swing, but most teams across the league are focusing on their offseason plans. The draft is less than two weeks away and teams are preparing for when free agency begins on July 1. Here are all the latest NBA rumors and news you need to know.

Celtics "aggressively shopping" No. 3 pick in draft
Boston hasn't been shy about their desire to add a superstar or impact player to their current group, and they are determined to use the No. 3 pick in the draft to do just that, according to CSN New England's A. Sherrod Blakely:

"[I'm] hearing that No. 3 pick overall is the one that they are really shopping," he said. "They are trying to be as aggressive as possible in trying to move that pick, because they want to get a difference-making, impact player right now. And they believe using that No. 3 pick, and maybe some other players and/or picks, might be the best way to [make] that happen.

Nets to acquire first-round pick
The Brooklyn Nets currently only have one pick in the draft, and that's the No. 55 overall selection, or the 25th pick in the second round. They aren't satisfied with that and are trying to acquire a first-round pick, which Alex Kennedy of Basketball Insiders says will happen:

People around the NBA expect the Nets to acquire a first-round pick. A rival exec and agent each confidently said, "They will get a pick."

Brooklyn finished with the third-worst record in the league, but traded the pick to Boston in the trade that got them Paul Pierce and Kevin Garnett. They also traded their second-round pick to the Los Angeles Clippers.

Sixers prefer to trade Okafor over Noel
Philadelphia has been actively shopping both Jahlil Okafor and Nerlens Noel this offseason, and according to the Philadelphia Inquirer's Keith Pompey, they would prefer to get rid of Okafor:

It's unclear whether he'll be a Sixer next season...The franchise is expected to trade the player who brings them a better deal.

Sources have said that the team would prefer to trade Okafor. The Sixers expect to get equal value in return, but it could be hard to do that when every team knows they are looking to unload the big man.

Okafor averaged 17.5 points and 7.0 rebounds in his rookie season.