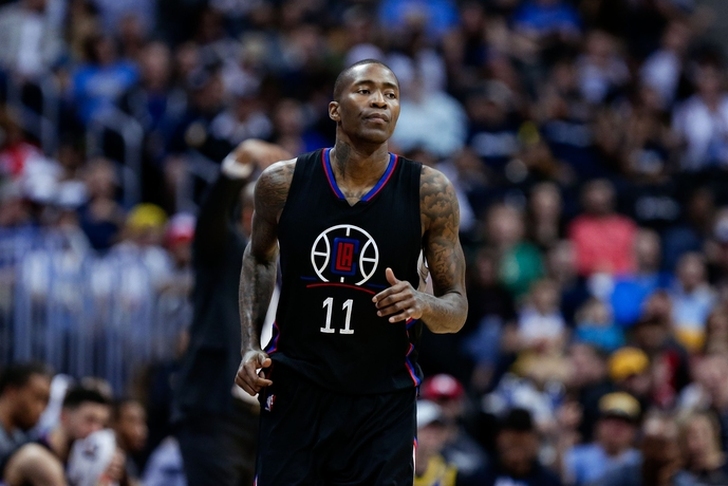 NBA Free Agency tipped off exactly a week ago, and while almost all of the big names have already come off the market, there are several impact players still available. One of them is Kentavious Caldwell-Pope, who became an unrestricted free agent yesterday after the Detroit Pistons renounced his rights following their trade for Avery Bradley. Here are all the latest NBA rumors you need to know:

Cavs want to sign Jamal Crawford
Crawford and the Atlanta Hawks reached a buyout agreement yesterday, allowing Crawford to become an unrestricted free agent. He has received interest from several teams, but he will join the Cleveland Cavaliers if they offer him their full mid-level exception, according to Joe Vardon of Cleveland.com.

Jamal Crawford would play for the Cavaliers if they offer him the full $5.2 million they can pay to any free agent, sources told cleveland.com.

But paying Crawford that much money would likely force the Cavs into a tough decision on one of their few young assets -- Cedi Osman.

Sources confirmed to cleveland.com that the Cavs were indeed interested in the 17-year vet. A source close to Crawford called him "Cleveland's to lose."

Crawford was traded to the Hawks in a three-team trade that sent Danilo Gallinari to the Los Angeles Clippers. He averaged 12.6 points per game on 41.3 percent shooting last season.

Celtics take Jae Crowder off trade block
The Boston Celtics had Bradley, Jae Crowder and Marcus Smart on the trade block in order to clear enough cap space to complete their signing of Gordon Hayward, but after trading Bradley, they are set on keeping Crowder, according to Adam Himmelsbach of the Boston Globe:

Hearing that the Celtics have no intention of trading Jae Crowder. They're excited about lineup possibilities.

Lakers interested in Caldwell-Pope in hopes to lure LeBron in 2018
The Los Angeles Lakers have expressed interest in signing KCP and hope that will help their pursuit of LeBron James in free agency next summer, according to ESPN's Adrian Wojnarowski.

“They could potentially sign him at a high number for one year, create more cap space next year and re-sign him to an extension as the Lakers try to pursue Paul George and LeBron James. Whether Paul is willing to do that one-year deal remains to be seen, but that's what the Lakers are pitching."

Whether KCP would want to do a one-year deal remains to be seen. He turned down a five-year, $80 million offer from Detroit because he thought he could get a bigger offer from another team, but that has yet to be the case. The Brooklyn Nets also have serious in Caldwell-Pope.