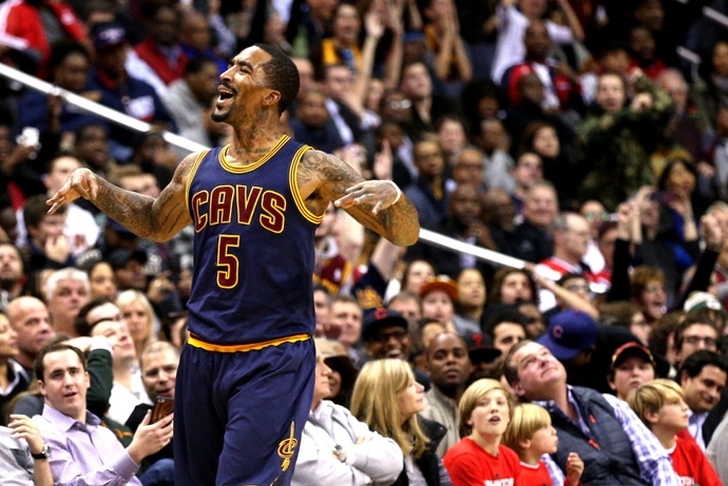 NBA training camps are now opening across the league as the new season is finally getting underway. However, there are a few notable trade rumors floating around as well as questions surrounding the health of a few stars. Here are the latest NBA rumors you need to know:

Cavs make "aggressive offer" to Smith
J.R. Smith was absent from the first day of Cavs camp as he and the team have yet to reach a contract agreement. Cleveland reportedly offered Smith a deal for $10 million per year earlier this offseason, and have now given him a more "aggressive" offer, according to ESPN's Brian Windhorst:

Also Monday, J.R. Smith was absent as he and the Cavaliers were unable to reach an agreement on a contract. Smith has been seeking a long-term deal with the Cavs since July.

Smith is an unrestricted free agent, so his situation is not considered a holdout. But this is the fourth time in the past 10 years a contract dispute has led to a Cavs player missing part of training camp. The team previously settled with Anderson Varejao, Sasha Pavlovic and Tristan Thompson -- eventually -- though all three missed all of the preseason.

"We think very highly of J.R., we love him as a member of our team," Cavaliers general manager David Griffin said. "As a member of our locker room, he was essential to our success. For that reason, we've made an incredibly competitive and aggressive offer to re-sign him. We hope that gets done in relatively short order. At the same time, we've been accustomed to a next-man-up mentality, and we expect this will be no different."

Smith averaged 12.4 points and 2.8 rebounds per game last season. The Cavs also got an unexpected blow to their depth when Mo Williams informed the team he was retiring.

Bosh to never play for Heat again
When Miami Heat forward Chris Bosh failed his physical with the team a few days ago, there were questions about his future with the team. However, the team has eliminated the possibility of him playing for them again, reports Ira Winderman of the South Florida Sun-Sentinel.

Miami Heat President Pat Riley said Monday that the team views Chris Bosh's career with the team as over, that the team no longer is working toward his return.

"We are not," Riley said in his office at AmericanAirlines Arena. "I think Chris is still open-minded. But we are not working toward his return. We feel that, based on the last exam, that his Heat career is probably over."

Asked if he felt Bosh's NBA career was over, as well, Riley said, "that's up to him."

Bosh has been sidelined for the second half of each of the past two seasons due blood clots, recently failing the Heat's preseason physical.

"It's pretty definitive from us, in our standpoint, that this is probably going to be a time where we really have to step back," Riley said. "His health, playing and economics -- it's been health, health, health. Whatever the cap ramifications are, they are there, but we never ever thought about that."

Bosh has had each of this last two seasons cut short due to blood clots, raising major questions about his playing future. There is currently no timetable for Bosh's return.

Rockets coach Mike D'Antoni said James Harden, who will now become the full-time point guard can be a different version of Steve Nash, who ran the up-tempo seven seconds or less offense in Phoenix. "Sometimes he will be (slower) sometimes he'll be a faster version," D'Antoni said. "Steve is not like your traditional jet. Steve had his pace and Jeremy Lin had his pace and guys had their pace and all the point guards I ever coached had their way of doing it and those are very good players. He'll have his way. I don't know if we'll time him, 'Ok, he's fast or slow. It will be fast enough to score."

Pekovic to miss entire season
Minnesota Timberwolves center Nikola Pekovic will miss the entire 2016-17 season due to an ankle injury, the team announced:

The Minnesota Timberwolves today announced that center Nikola Pekovic will miss the entire 2016-17 season due to recurring right ankle pain. A determination about future seasons will be made at a later date.