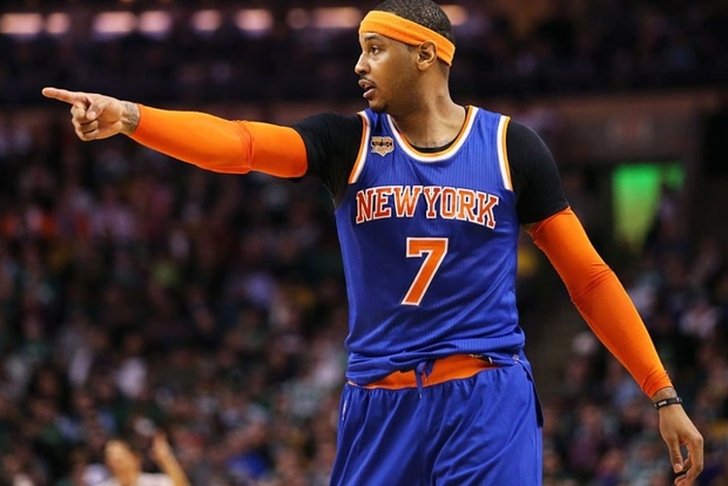 NBA Free Agency is roughly a week and a half old, and nearly all of the big names have already signed new deals. However, there are still players signing deals and trade buzz. Carmelo Anthony remains on the New York Knicks, but he might not be on the team for much longer. Here are all the latest NBA rumors you need to know:

J.J. Redick Wants To Retire A Sixer
Redick only signed a one-year deal with the Philadelphia 76ers, but he doesn't envision this as a short-term landing spot.

"My hope is that this is a long-term thing and that I'm here three or four years and can finish my career as a Sixer," Redick told CSN Philly. "I hate being a free agent, I'll be honest with you. It's not a fun process for me. I've done it three times and each time it's been absolutely miserable until the outcome."

Redick also thinks the Sixers have the makings of a title contender.

"I really believe this is a team that over the next three or four years will become the best team in the East," Redick said. "I hope I'm sort of part of that rise just beyond this year because I think we can be a playoff team and I think in the next two or three years we can contend for conference championships and hopefully at some point NBA championships."

Redick, still a dangerous sharpshooter, was a perfect fit for the 76ers, who needed shooting. He's on a one-year, $23 million deal for this coming season.

Carmelo Anthony Update
The New York Knicks and Houston Rockets are still working to pull off a Carmelo Anthony trade. A deal isn't close yet, but it could be a complicated trade that involves multiple teams.

Anthony's salary makes a trade difficult, especially with the Knicks not wanting to add Ryan Anderson in a trade. Anthony has agreed to waive his no-trade clause for two teams: the Rockets and the Cleveland Cavaliers. The Cavs can likely only nab Anthony if he's bought-out by the Knicks due to their salary cap situation. More on a possible trade here.

Jazz Add Thabo Sefolosha
The Utah Jazz have found a replacement for Gordon Hayward. Utah has agreed to a deal with Thabo Sefolosha, who isn't the same player Hayward is.

Free agent Thabo Sefolosha has agreed to a two-year, $10.5M deal with the Utah Jazz, league sources tell The Vertical.

Sefolosah averaged 7.2 points and 4.4 rebounds per game last year for the Jazz. He's not the offensive weapon Hayward is, but he can hold his own on defense. It's a downgrade, but the Jazz needed someone to help take Hayward's minutes.